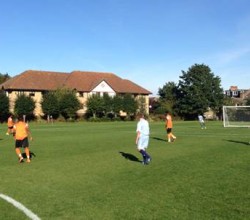 This week the year 10 team recorded a win in their first match of the new season with a 5-2 victory over Platenos College.

The team were impressive from the start and demonstrated maturity and focus throughout. Marco captained the team with confidence and leadership, feeding positivity through the entire team. This cohesive team performance was coupled with some fantastic individual displays from Abioseh, Joshua, Tom and Ernest. Oliver added strength to the midfield with a brilliant defensive display that gave room for Nathan and Shamar to partner one another in attack.

The goals came mainly in the second half as HBAED began to showcase their talent. Goals from Shamar and Abioseh gave HBAED a strong lead, including a curling strike from Abioseh that David Beckham, would be proud of! At 4-2 the game was finished with a bullet into the top corner from Nathan who continues his fantastic form from last season. The year 10 team look strong, heading into the opening round of the Inner London cup against Bacon’s College.

Man of the match went to Dennis for an impressive display in both, defence and attack. 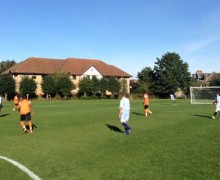 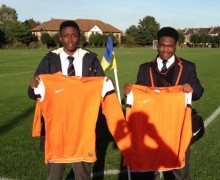