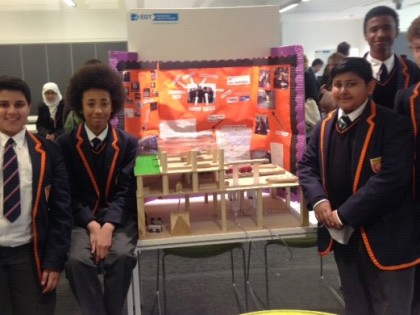 Five of our year 8 pupils went to the University of Westminster for the final assessment in their ongoing STEM (Science, Technology, Engineering, Maths) challenge, which is ran by Go4SET and funded by Network Rail.

The boys had ten weeks to create a model train station, based on their own design ideas and an existing station of their choice, and a report explaining the science and technology behind it.

This was the final day of the scheme where the boys presented their ideas and model train station to a panel of judges.

After some fierce competition, team ‘Space Money’ absolutely smashed it and won the prize for the most innovative project.

The train station (pictured below) included solar panels, kinetic pavements and ‘poo power’ to release energy for the station to use, but also not damage the environment. In addition, the boys designed a hydraulics system to lift the trains up and out of the station to save space in the station and allow more trains into and out of it.

Well done to everyone who took part!

Go4SET aims to get more young people involved in science and engineering. Thanks to them too for running this great project. 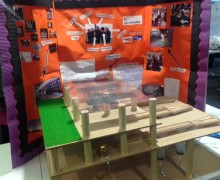 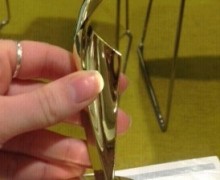