@balirai You're v welcome. Be great to have you back, once author visits get underway again!

'A Parent's Guide to Black Lives Matter' - resources, activities and tips for families to empower children to work towards racial equality. View and download at https://t.co/qV2guXnJgW https://t.co/pzFjcXik7C

All this week we're celebrating the 'books that make us'. Author Bali Rai is popular with our boys and visited our school in 2017 (pictured). Find out which books encouraged @balirai to become a writer at https://t.co/shafl5Wo1C https://t.co/BnOjiKqYIy 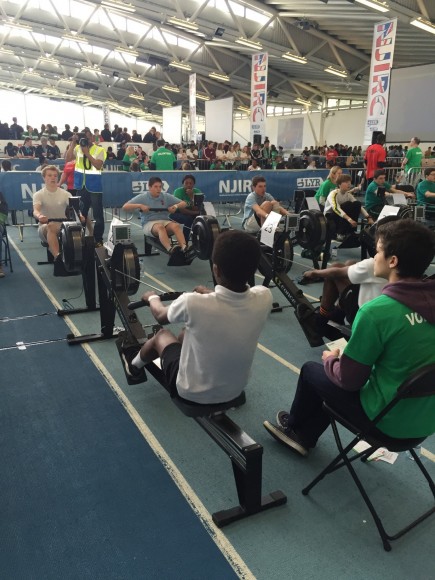 On Friday, 29 pupils from Years 7,8,9 and 10 attended the National Junior Indoor Rowing Championships, with Mr Connolly and Mr Nowers.

The boys weren't expecting to compete for places as the majority of them only started rowing this year in Mr.May's morning rowing club. They were also competing against a number of elite rowing schools.

Nevertheless, the boys all put in 100% in their races.

The Year 7 category, consisting of Harry, Tyrele, Immanuel, Jem, Akeem and Reece were off first in a two minute timed race. All 6 boys performed well, especially Immanuel who held his own against a lot of boys twice his size.

The Year 8 boys were up next. Alpha, Michael, Gibril, John, Amine, Joe, Ridwan, Connor, Ibrahim, Kayleb, Jordan, Tyreece and Aziz, made up the sizeable team. They were required to race for three minutes. The extra minute tiring out a lot of the boys. However, Amine and Tyreece worked exceptionally hard, both making it onto the leaderboard.

The Year 9 team of Abioseh, Ahamed, Josh, Marco and Russell were next to enter the arena. This race was very competitive with various boys exchanging places on the leaderboard throughout the four minute race. Josh ending up in a very respectable 5th position.

The last race of the day was for the Year 10 team. Unfortunately, Clive, Harris Boys' golden boy, had to pull out of the race last minute due to a leg injury. This left Michael, Ivor, Bilal and Kieran to fly the flag. All boys worked tirelessly for five minutes against some extremely tough competition. Kieran managing to finish a respectable 6th in his race.

The boys all conducted themselves impeccably and thoroughly enjoyed the day.

A special mention must go to Josh M, who finished 25th out of over 200 boys in the Year 9 category. A great achievement for someone competing against many boys affiliated to rowing clubs.

Please congratulate the boys the next time you see them around the school.