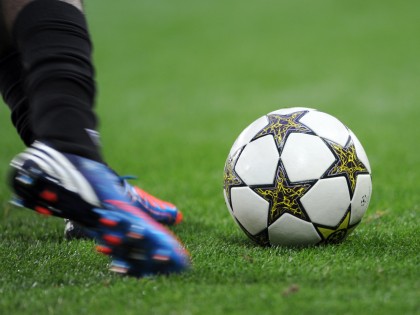 The Year 11 team were given the afternoon off from their progress sessions on Monday to represent the Academy against Bacon’s College in the Quarter Finals of the South London Cup.

HBAED controlled all of the possession in the first half with unbeatable long passes from Marco (centre back) and his co-partner Sam (left back) . However, we struggled to create any clear cut chances and I think it's fair to say some of the team starting to get frustrated at each other. One reason for this was some players were not doing the job they were asked to do, so other players were trying to cover and do two jobs, leaving gaps which the opposition exploited.

Almost half way through the first half Ahamed scored HBAED's opening goal which took some of the weight off our players' shoulders. Soon after Nathan scored our second to keep his 'goal a game' record going.

The second half was much of the same, with HBAED controlling the game through hard work and quality on the ball. We started to tire since we only had one substitute. Later during the game Bacon’s won and converted a penalty conceded by a handball from Tom. It was a natural movement from the player which ended up a hand ball.

We replied with our third goal after a counter attack from a Bacon’s free kick. HBAED’s quality of play was getting worse as time went by allowing Bacon’s to exploit us more and cause a number of threats. This led to HBAED conceding another goal. It was a slide through ball between Marco’s defence into a blind spot allowing an easy tap in to get past Kai in goal. When the final whistle blew the whole team was relieved.

Man of the Match. Marco, who led the team through a difficult match.

Stepping Up: Ahamed and Simon worked tirelessly as the main threat, disrupting the opposition with countless attacks.