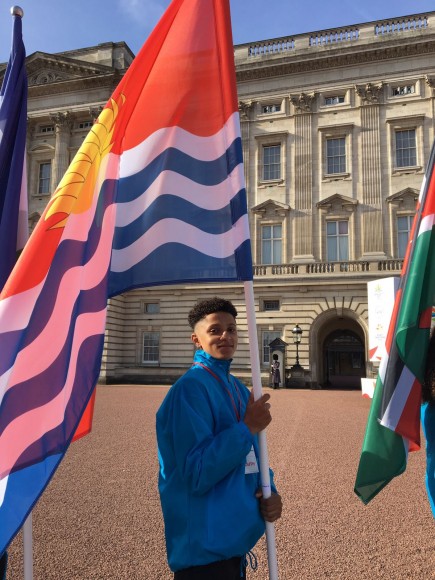 Fourteen students from Harris Boys’ Academy East Dulwich had the honour of being invited by her HRH Queen Elizabeth II to Buckingham Palace to help launch the 2018 Commonwealth Games.

The boys had the honour of carrying flags that represented some of the 70 Commonwealth countries and territories that range from India (with the largest population in the world) to Nauru and Tuvalu (tiny islands in the Pacific ocean).

Learning about the Commonwealth

Before departing, the boys worked with Miss Reed to understand the aims of the modern Commonwealth, including its desire to create ‘a peace-building Commonwealth’ through education and democracy.

Charlie Taylor said: “I never realised how important the Commonwealth was in creating unity throughout the world."

It was also fascinating to hear students' own stories about their travels within Commonwealth countries as well as to inspire others to visit these locations. 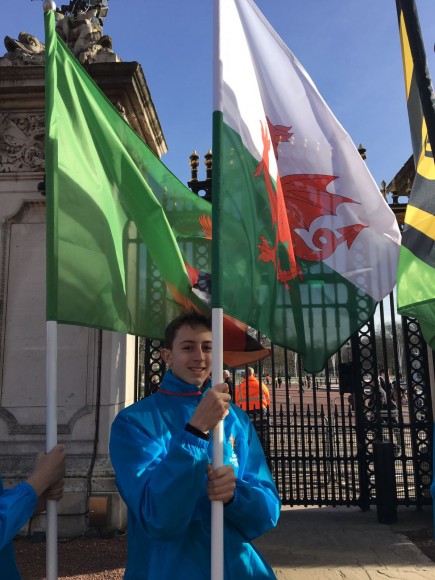 Lawshall spoke passionately about his love for Jamaica and his gratitude at being fortunate enough to visit the country regularly. A more poignant moment was tracing the family histories of the boys and their personal connections to these countries.

Having gained a wealth of knowledge on the Commonwealth and being in awe of the Gold Coast Commonwealth Games promotional video, the boys were ready and raring to go on the day.

The day of the ceremony started early as the boys worked with choreographers to perfect their flag carrying skills and ensure they were standing in the correct place on the forecourt of Buckingham Palace.

As the crowds began to grow along The Mall and around the Victoria Memorial, the boys kept cool under pressure and did not bat an eyelid at the world’s press who were documenting the historic event.

Next came the main event, as the red carpet was rolled out, the boys took to their stations either side of the stage complete with Commonwealth jackets.

The glorious sunshine, prestigious location and live music gave the ceremony a feel-good vibe. “It was amazing to be standing in the forecourt of Buckingham Palace and hear the live music of the army bands and to see many sporting celebrities,” chimed Simeon. 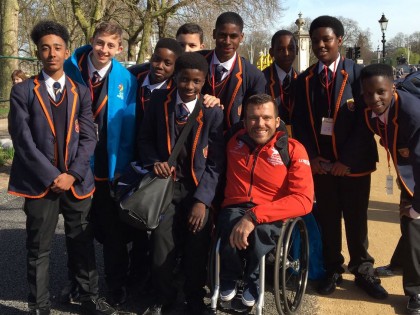 The event saw Australian singer Cody Simpson perform and talk about his love for the Gold Coast and the importance of taking the opportunity to see the world and embrace all cultures.

The arrival of the Relay Baton was memorable as Paralympian and commonwealth champion Kurt Fearnley (pictured above with our boys) carried it up The Mall and into Buckingham Palace.

Jamaal said: “I thought the eco-friendly design of the Baton (using recycled ocean plastic) was cool as it showed Australia cares about the environment”. Once it arrived, it was joined by the guests of Honor including The Queen, Prince Philip, Prince Edward and Australian dignitaries. 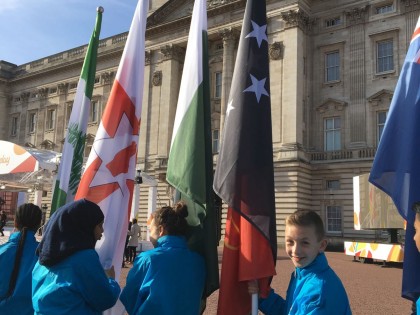 The Queen then placed a message into the Baton that will be read out at the opening ceremony. The first Baton bearers were cycling phenomena Anna Meares and Victoria Pendleton who spoke of the power of hard work and commitment.

Reece commented: “I couldn’t believe how close the Queen was and because she was in pink it was even easier to see her, it was just incredible”.  As the Queen left the stage she walked by each of the flag bearers to acknowledge the important job they had done; our very own Jem even made the BBC 6 O'clock News with his prime position on the front row!

All the boys left the Palace still buzzing with excitement and felt a renewed sense of the incredible geography of our world. This was epitomised by Harley who said: “It has made me want to work even harder at school so I can achieve my dream of becoming a pilot and then I will be able to see these amazing places for myself.” The day really emphasised the importance of hard work now in order to reach future goals.

All 14 students held their own during the ceremony and represented everything we stand for within the academy. Thanks also goes to Mr Connolly who drove us to the event and helped ensure everything went smoothly.

Below: Harley, Crispin and Adrian with their flags during the rehearsal. Now it's time for the main event! 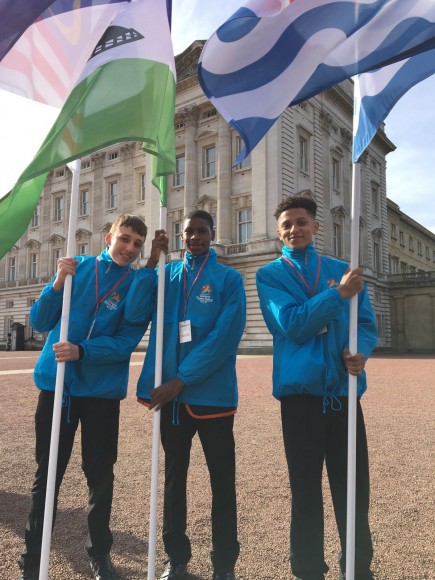 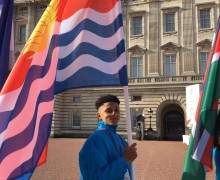 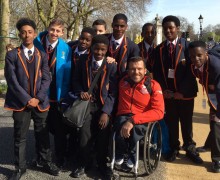 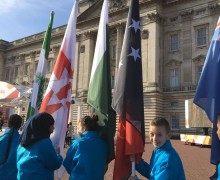 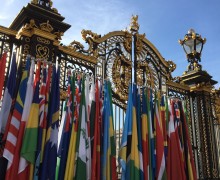 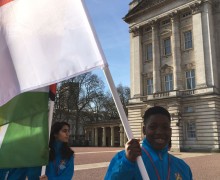 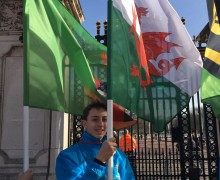 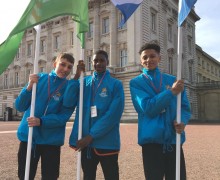 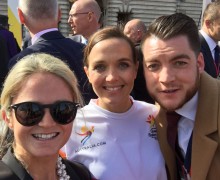