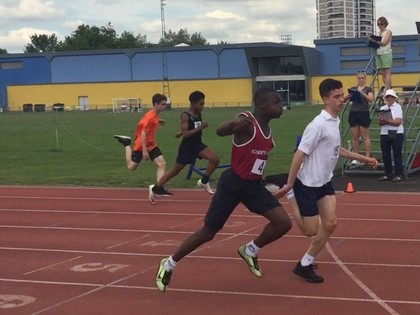 Three of our Year 8 boys were invited to represent Southwark in the Inner London Athletics Championships recently.

Hundreds of competitors competed to gain points for their boroughs in many different events. With several participants from other schools not attending on the day, our students stepped up to compete in other disciplines too, even though they had not trained for them.

Cai, for example, stepped up to compete in the shot put and threw an impressive 8m+ for a middle placing in the event.

Afolabi managed to gain 4th place in the high jump, jumping 1.5m (joint with the top three places but after more attempts).

Rushawn ran in a split 800m final. He managed to set the pace to challenge the previous winning time and hold on to second place in his race. The race time was at a slower pace than the previous race and so he ended up with the fourth best time overall.

Gaining 4th and 5th places at this regional event is an impressive feat, as was their willingness to help out by competing in events for which they hadn't trained.

However, the boys will all be training for the upcoming Harris Federation Sports Day. Training is at King's College Sports Ground on Mondays and will give boys the best chance to gain medals.

There is still time to make the year group teams. Massive thanks to the whole PE department for helping to make this event successful for the students and Southwark borough. 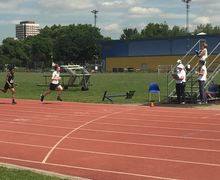 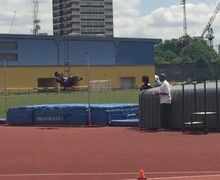 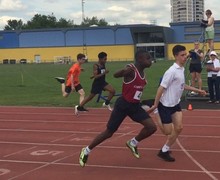