This was a great session for our boys. Thank you @GuardianEduCent😃 https://t.co/zyFLjWI78l

Some of our Most Able students attended Christies’ Virtual Art Seminar recently, where they had to design an art gallery and decide which works of art to present in it, and explain their choices to students from other Harris academies. Full story https://t.co/AABjILEtyc https://t.co/550VMnkWYv

Author Phil Earle Tells Boys Why He Became a Writer

On Tuesday 30 January we welcomed acclaimed author Phil Earle to the academy. He gave three separate talks to all students in years 7, 8 and 9, sharing the events and experiences in his life that led to him becoming a writer, as well as reading from several of his books. 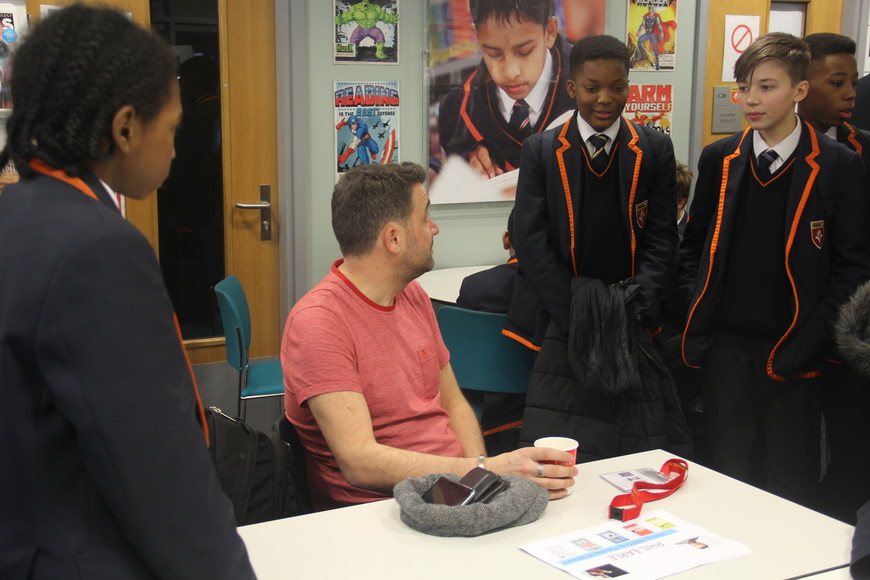 The students really responded to his openness and down-to-earth style and were thoroughly engaged throughout the sessions, many of them coming to the library during lunchtime to meet him personally, get autographs and discuss their own reading, writing and illustration projects. Earlier in the day, during DEAR Time, Phil met with students from our book clubs, many of whom had read his most well-known book, Heroic, together. 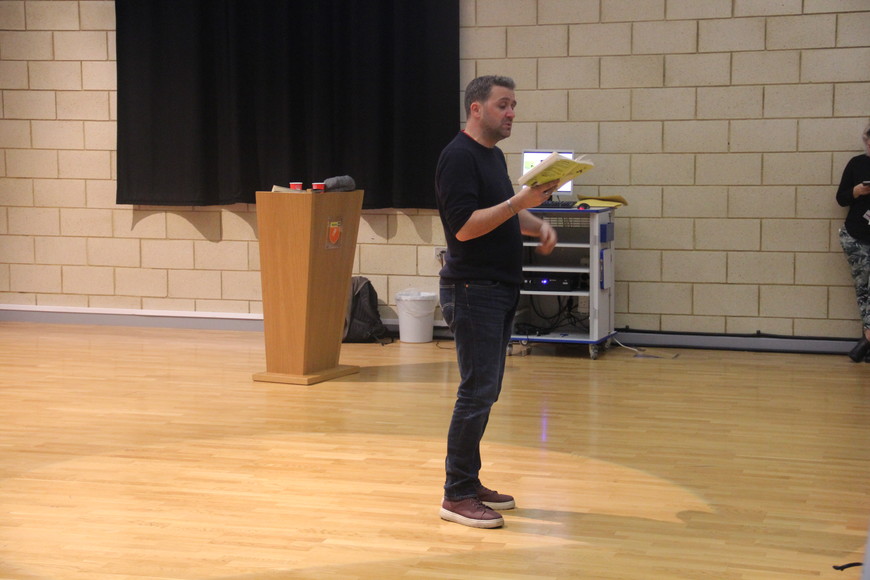 Phil was impressed with the maturity of our students, the questions they asked and contributions they made to his talks, and said he felt humbled by the number of our students who had read his books. This month, alone, we have had over 50 loans of his books from the library and there is a waiting list for titles as they are returned. Phil also shared several books that were inspirations to him when he was growing up and starting writing, including Holes by Louis Sachar, The Outsiders by SE Hinton and Maus by Art Spiegelman and he has whetted our students’ appetites for these books too. He is currently working on a story set during the Second World War which was of particular interest to many of our students.

Phil commented on the range of reading titles in our library and told the students that if he’d had a library like ours and such encouraging librarians it might not have taken him until he was 26 to start reading! The buzz is continuing, with members of staff who also heard Phil speak wanting to read his books and students getting involved in the two writing competitions currently being promoted in the library - 500 Words for Key Stage 3 and The Big Idea for Key Stage 4. 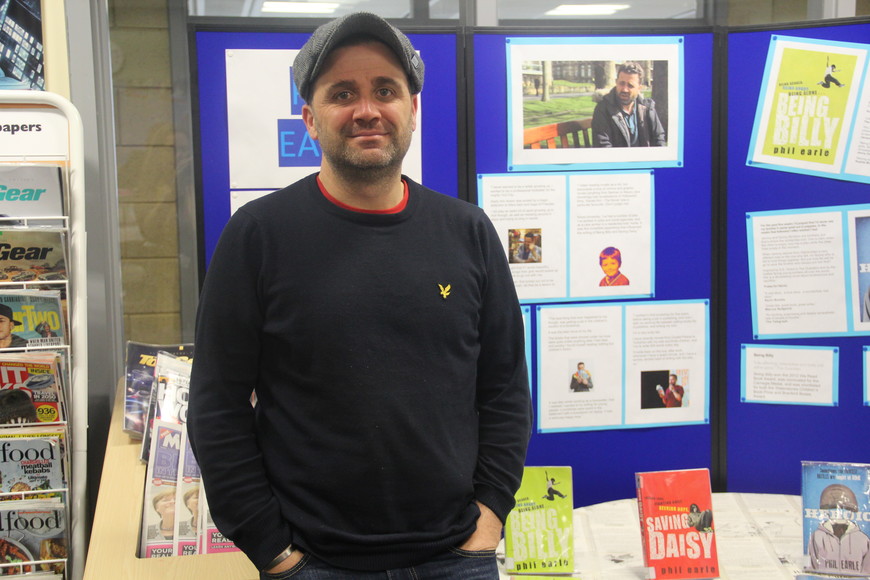 It was a hugely inspiring day which will resonate far beyond the actual visit, and Phil’s message was clear that your only limits are the limits of your imagination, and that reading is not just about thousand-page novels.