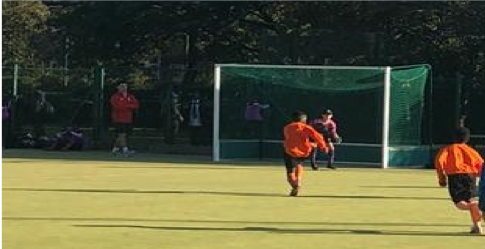 Year 7s travelled to City of London Academy (COLA) yesterday for their final warm up game before the national cup on Thursday.

The game started off extremely messy with both teams struggling to find ball to feet on multiple occasions. Even with this, Captain Cosmo managed to continue his fine form with a rebounded shot falling to his head and ending up in the back of the net. 1-0 HBAED.

Some reshuffling by HBAED sorted out their shape and Captain Cosmo was in the right place at the right time again. 2-0 HBAED. The half time whistle couldn’t have come sooner as COLA managed to let go a few shots and if it wasn’t for Joel in goal, we could have gone into half time trailing.

The second half is when HBAED really stepped up and stamped our mark on the game. With some quality ‘one pass look up' play we made the most of Nana on the right wing who kept on producing some quality opportunities for strikers and eventually Captain Cosmo got his hat trick. 3-0. That’s 7 goals in 3 games for the second best captain in the team. 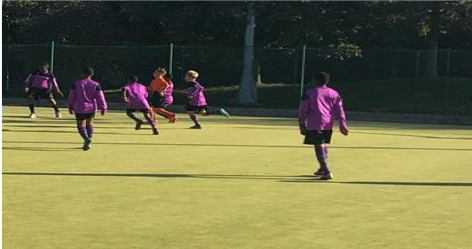 Emmanuel, Allan and Joshua were quality at the back again and without their hard work, who knows what recent scores could have been. Gody took on a few players in the middle before finding space to score another superb 20 yarder (4-0) but followed this up with an easy 1-on-1 miss, which Mr May's grandma could have scored. A poor throw in from Joshua led to a counter attack from COLA who brought the score back to 4-1.

The game was nearing its end and it was at that time that Calvin stepped up to produce a quality finish to take us 5-1 up. A good game to take us into the cup final and some good performances all round with a good debut for Edward.

Man of the Match. Joel had a quiet game but saved three one-on-ones in a row to keep us ahead at half time.

Stepping Up. Edward was absolutely quality at the back and stepped up in goal in the second half. A great addition to the squad.

Hero. Calvin stepped up with a great finish to seal the game for us and Allen made it three incredible games in a row at the back.