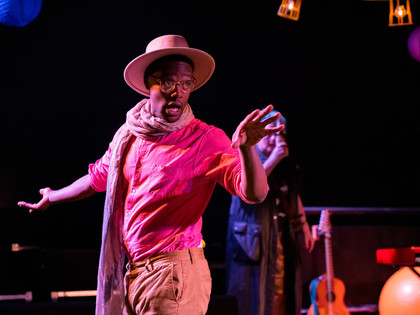 Set in the mayhem and madness of a music festival, the performance retained Shakespeare’s language, whilst running at a fast-moving 90 minutes. The diverse cast of actors and musicians provided an exciting, immersive and original approach to the play which inspired students as they study Shakespeare back in the classroom.

“The performance was bursting with energy. It was a play full of contrasting characters, mistaken love and confusion! I liked the fact Antonio’s character was deaf. The use of sign language during the performance helped to make the play much more inclusive.” Sultan, Year 9

“I was really impressed by how they fused Shakespearean language in a modern party scene setting. It is a play about mistaken identity and confusion and I think the use of one character playing different roles really showed that.” Yvan, Year 7 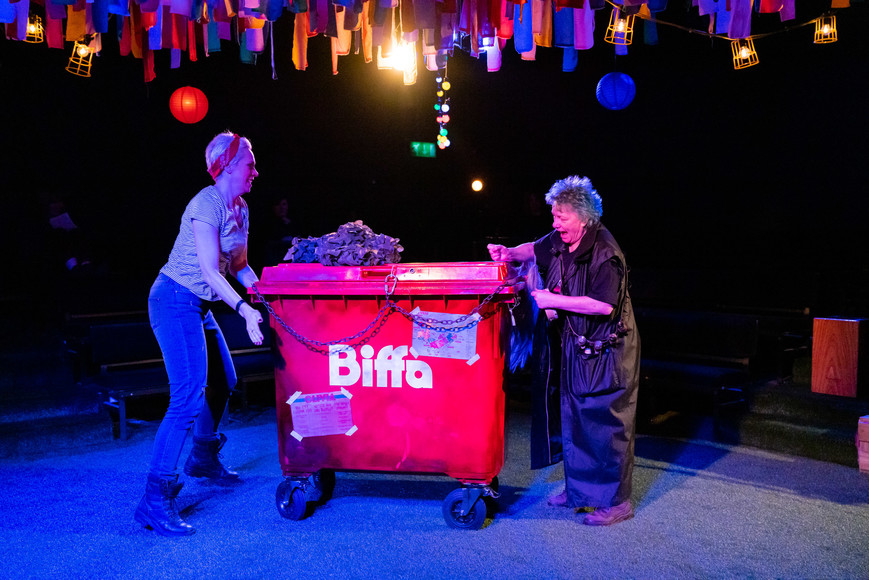 “The actors did an excellent job in interacting with the audience as well as getting the audience to join in the play itself! The live music, colourful lights and smoke machine created an exciting atmosphere. I particularly liked how Viola and Sebastian were played by the same actor. [...] I would love to watch this performance again.” Noah, Year 9

“It’s so important for us to watch Shakespeare on the stage because this is why he wrote his plays in the first place: to be enjoyed by a live audience.” Moshood, Year 8

“The performance was funny, gripping and insane; the actors really brought out the craziness of the characters and their heightened emotions.” Daniel, Year 9 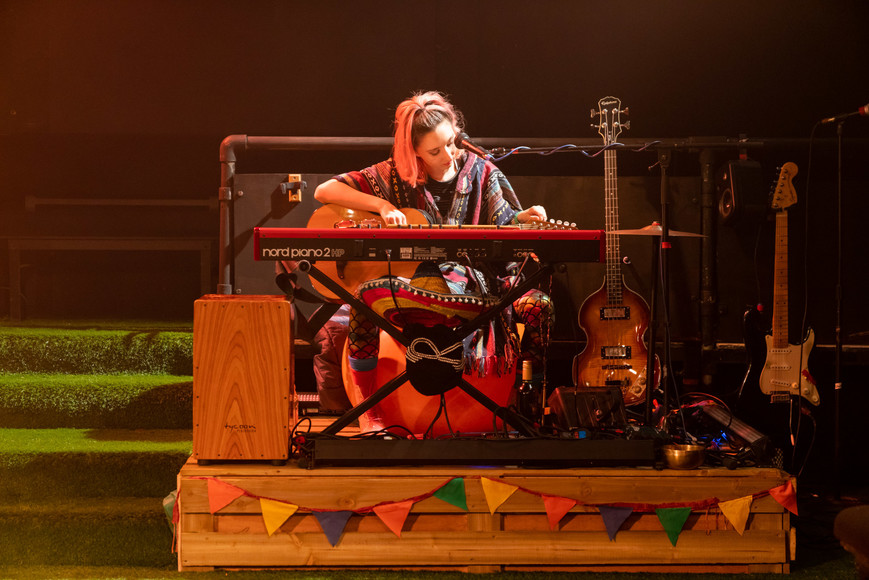 The director of this production is Anna Girvan, whose recent credits include work at the National Theatre and the Royal Shakespeare Company. 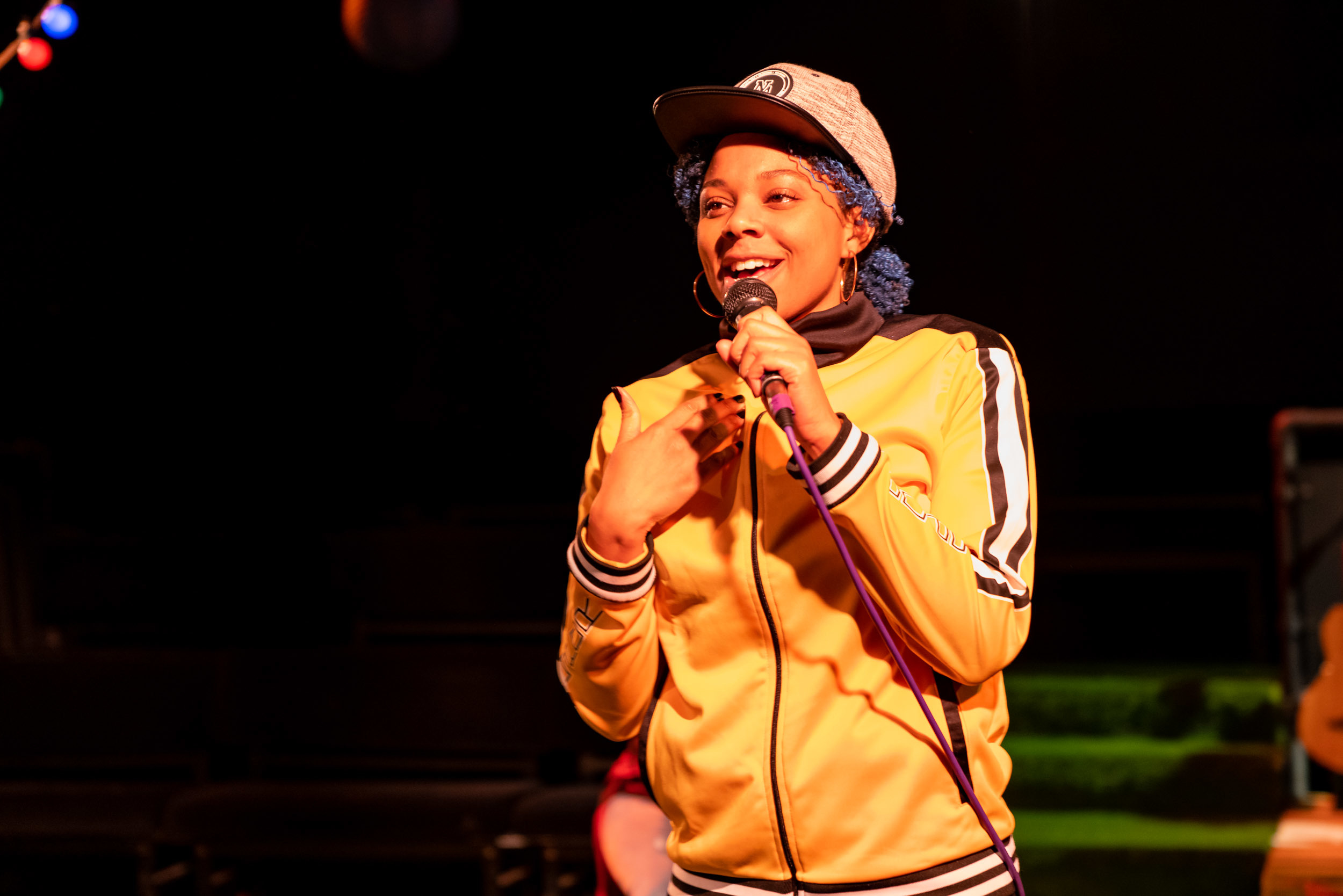 Harris Federation Privacy and Confidentiality Notice The information, attachment and opinions contained in this message are strictly confidential and intended solely for the person or organisation to whom it is addressed. It may contain privileged and confidential information and if you are not an intended recipient, you must not copy, distribute or take any action in reliance on it. If you have received this message in error, please notify the sender as soon as possible and delete any attached files from your system