Every Tuesday, boys gather in Ms Udechuku’s room for the weekly after-school Film Club, to watch age-appropriate film adaptations and discuss them afterwards.

The films are all based on books, which encourages club-members to read them too, if they haven’t already. Films shown at the club so far this year include Insurgent, Ready Player One and Maze Runner.

“I love watching films alongside the boys and seeing how they react,” says Ms Udechuku, Strand Leader for English (pictured above with boys from the film club). “We decided to run the club to increase students’ cultural awareness, and because the link between watching the film and reading the book is beneficial too. Before writing their reviews they discuss the key themes and what they liked or didn’t like about the film.”

The boys get to decide which films to watch, says Nihal, Year 8. “After we finish a film we vote for the next one,” he says. “Writing about the films is good because it helps you with your English as well as doing something fun.”

Amar, Year 8, agrees: “I really like coming here. I love reading books and seeing the films as well is really good.” 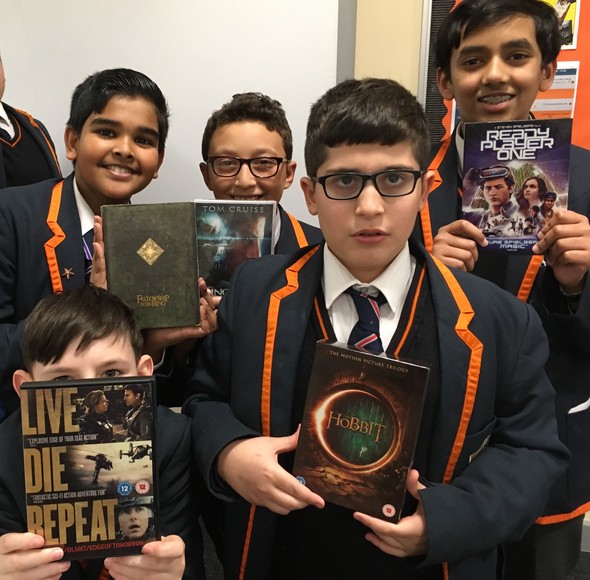 Boys show some of their favourite films, and hunt through the box (below) for the next one to watch. 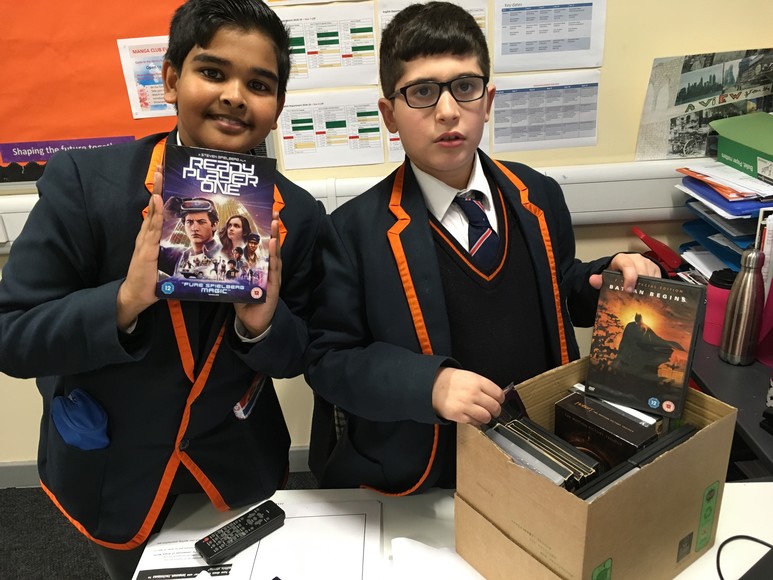