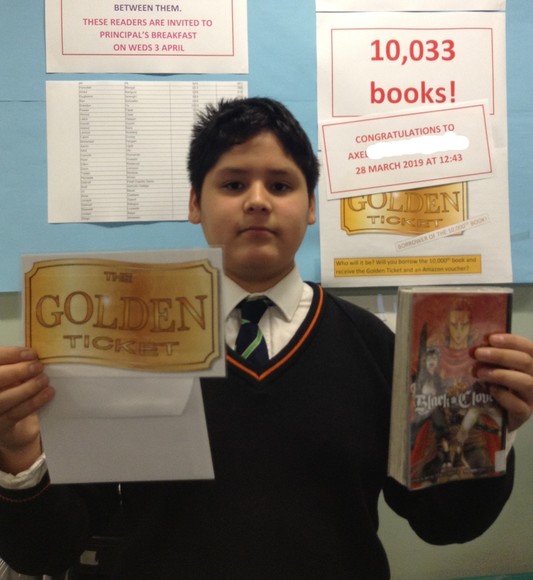 At exactly 12.43pm on Thursday 28 March, the 10,000th book for this academic year was borrowed from the school library. We'd set ourselves this target for the whole year so to achieve it with over a term to go was magnificent!

The running loan total has been displayed in the library at the start of every day and students have been guessing when they thought the 10,000th loan would happen. The lucky borrower was Axel in Year 8 (pictured), who won a Golden Ticket to commemorate the event plus an Amazon voucher. This was Axel’s 98th loan of the year, and after all the build-up, he took some convincing that he had actually won!

Our top borrowers like Axel have played a big part in reaching this huge total. Thirty students between them have borrowed 3,000 books. So to reward them, all 30 were invited to a special Principal’s Breakfast (pictured below).

A special breakfast to reward our 30 top borrowers. 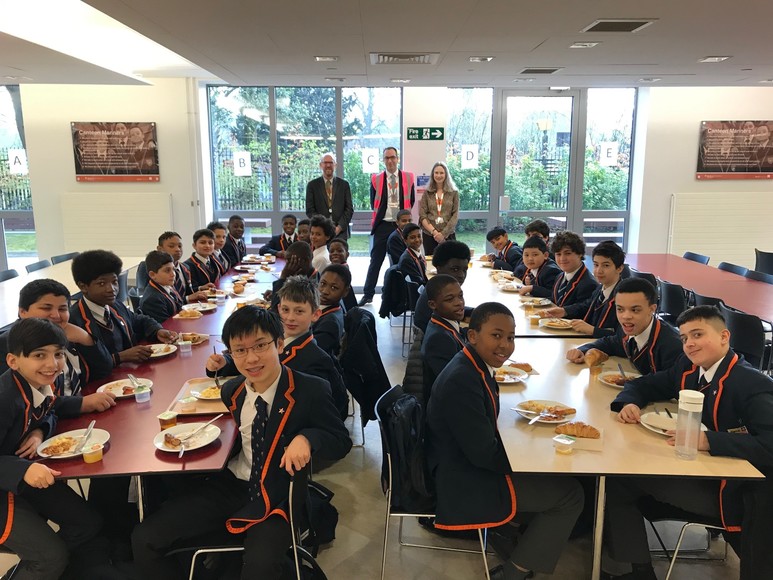