Forty boys from Year 7 were highlighted in their reports as showing an excellent attitude to learning. These boys were rewarded with a celebratory Principal's Breakfast with Mr Groves today. A fantastic start to their education at HBAED! https://t.co/P4phiocKa9

Earlier this week we took students to DG Cities in Greenwich, an urban innovation company specialising in the integration of ‘smart city’ technologies. The trip gave students an insight into different careers in STEM (Science, Technology, Engineering and Maths).

We learnt about, for example, how cameras are used in the cities we live in today. The boys were put into groups to think of the problems that currently occur in the city, such as traffic and pollution. They then had to show how they might use cameras to help solve these problems, such as using sensors that can detect when elderly people are crossing the road at a pedestrian crossing. The camera is able to pick this up and allow more time for pedestrians to cross.

What students said about the trip…

“Helped me overcome a barrier in my journey to becoming an inventor. It has helped me learn a lot about cameras. I have also learnt that machines are more like humans since they too can communicate.” Awais

“This taught us about the future in about self-driving cars. The trip enabled me to think outside the box and create innovative ideas that could help people in the outside world, therefore pushing the technology of the current world to a new degree.” Aleksandar 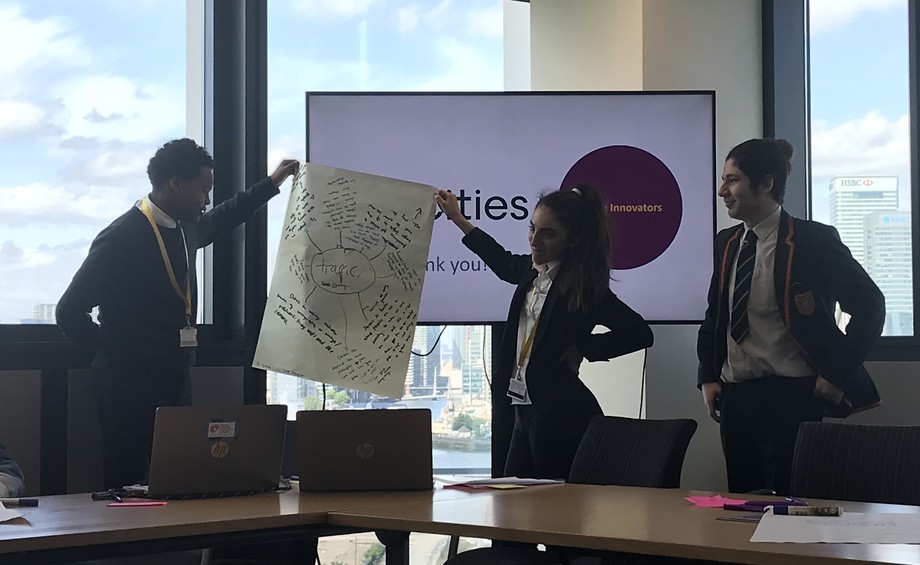 “The building had a stunning view of London. We learnt about autonomous vehicles and how technology can be used to make cars drive themselves in the near future.” Emre

“Camera use is the future. I didn’t know that there is more to a business than sitting at a desk.” Bobby 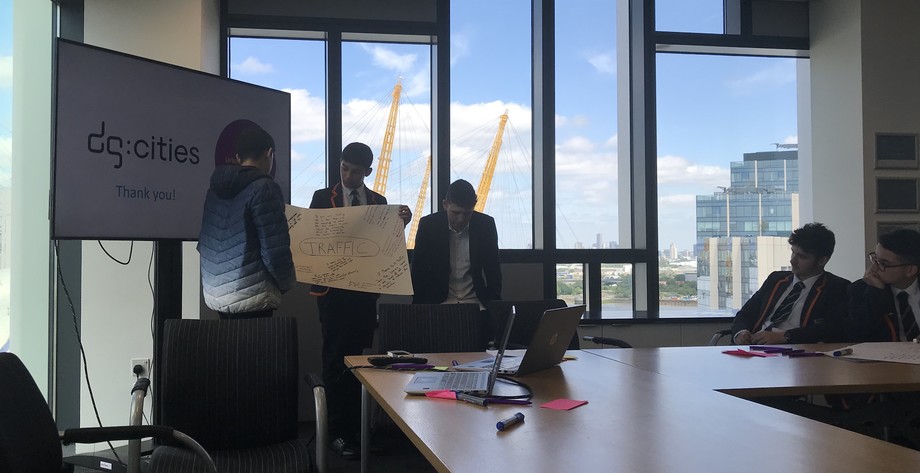 “It showed the diverse qualifications required for these jobs, such as humanities degrees. It provided an insight into the potential future developers which are not known to the general masses.” Rafay

“We learnt many new things about autonomous cars and plans for the future.” Dariush

Thank you to DG Cities for making the day so enjoyable and rewarding for our boys.