Our Sixth Form Open Evening is this Thursday 14 November, 5-6.30pm. Come along to meet our students and staff and learn more about our Sixth Form. We look forward to welcoming you.

Harris Dulwich Boys and @HarrisBattersea are in the top 20 schools in the UK, according to the Fair Secondary School Index – a new way of measuring students’ progress which aims to take their backgrounds into account. Find out more https://t.co/GNXzD86QWr @HarrisFed https://t.co/XHiDnst9xc

We are proud to be on the UK Social Mobility Awards roll of honour 2019 - for our vision that 'background should not determine outcome'. There are only 98 organisations in the UK on the roll so huge congrats to our staff and students. https://t.co/gYezZ0jMd7 https://t.co/JQERJrX0eO

Aaron, Matteo, Nedas, Aaron, Bayo, Sviat, Gean-Carlos, Ali and Tayo enjoy breakfast with Mr Brett. Every Fri, students are nominated by tutors for 'doing the right thing' that week and get a free breakfast, gift voucher and certificate (and their picture here!). https://t.co/M9meGMtYaz

...I liked the focus on ‘Truth’ in the library. Expectations of behaviour are clear and management of it seems very proactive. It’s fantastic to have a former pupil back teaching in the school. Congratulations on all of this."

Nice comment after our open morning :-) "Our tour guide led well and showed us everything we could possibly want to see. We met enthusiastic teachers and engaged pupils. My son was amazed at how clean and tidy the buildings looked...

In the build-up to the General Election on the 12th of December, students across the Academy have been learning all about British Democracy.

The Student Leadership Team held hustings assemblies for all Year Groups to learn more about the policies of the different major political parties.  Students in Year 9 were also given the opportunity to debate the different parties policies in their English lessons.  Students in Year 12 and 13 benefitted from special assemblies that examined the issues of the right to vote and the voting age. 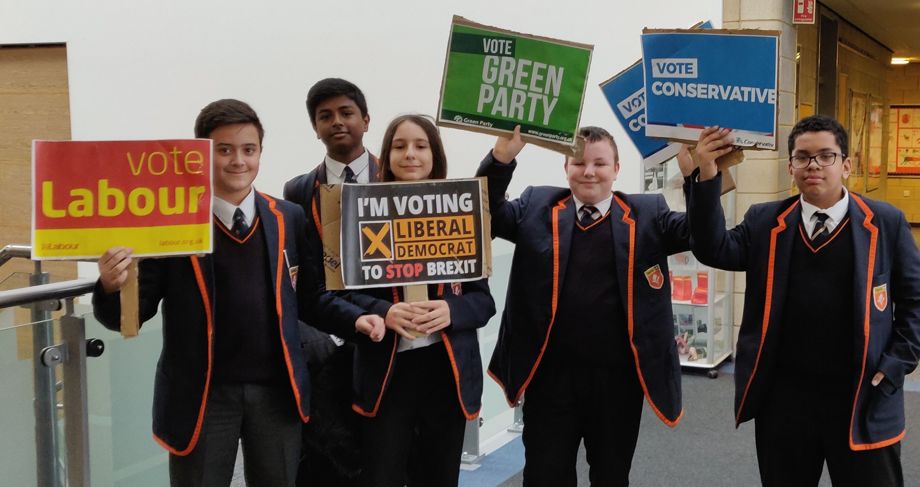 On election day, 500 students voted in the two Polling Stations we set up in the school.  Students were canvassed on their way in to the Polling Stations and exit polls proved correct when predicting a landslide victory for Labour.  The Labour Party took 79% of the popular vote.

Thank you to everyone for voting.  We're encouraing boys to continue to develop as Active Citizens by following the news to see what our new Prime Minister Boris Johnson plans to do in his first 100 days in office.

"It was exciting to learn all about the election and what the different parties stood for," said Dariush, Year 11. Jamie, also Year 10 said he had '‘learnt about representative democracies and the pros and cons of our electoral system. It has been really exciting and I cant wait to find out the final result".

Voting in progress at one of two polling stations around the school. 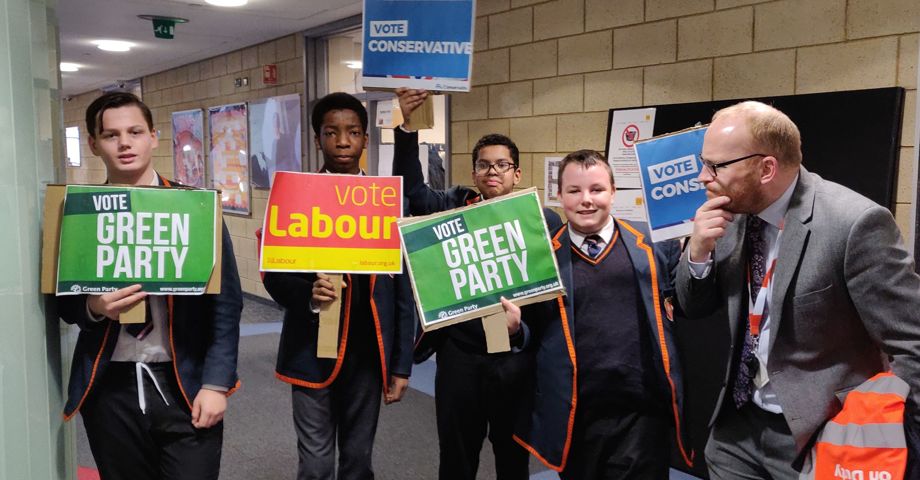 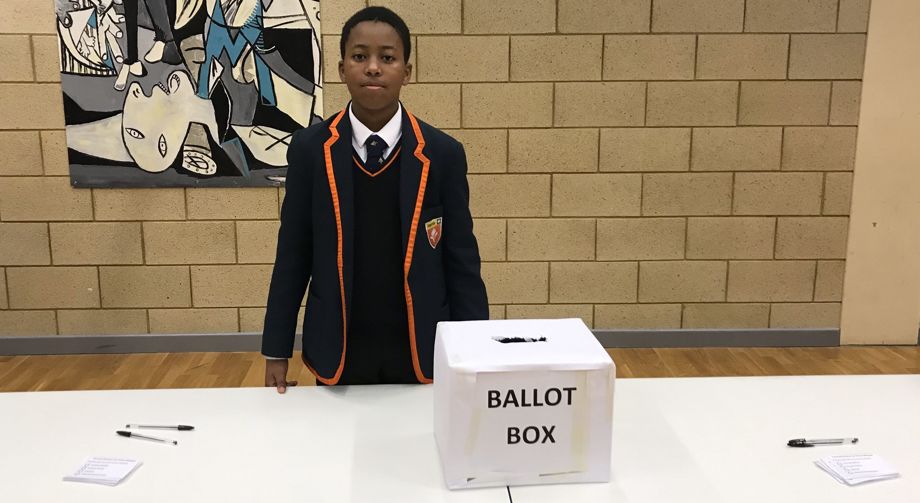 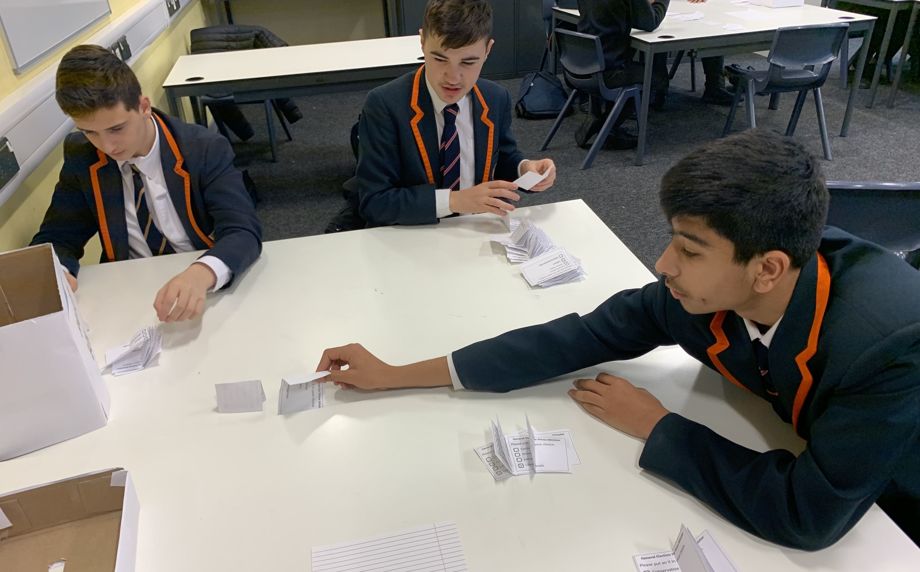 In our election, Labour and The Green Party took first and second spot. Download our assembly presentations for Years 7-11 and Sixth Form. 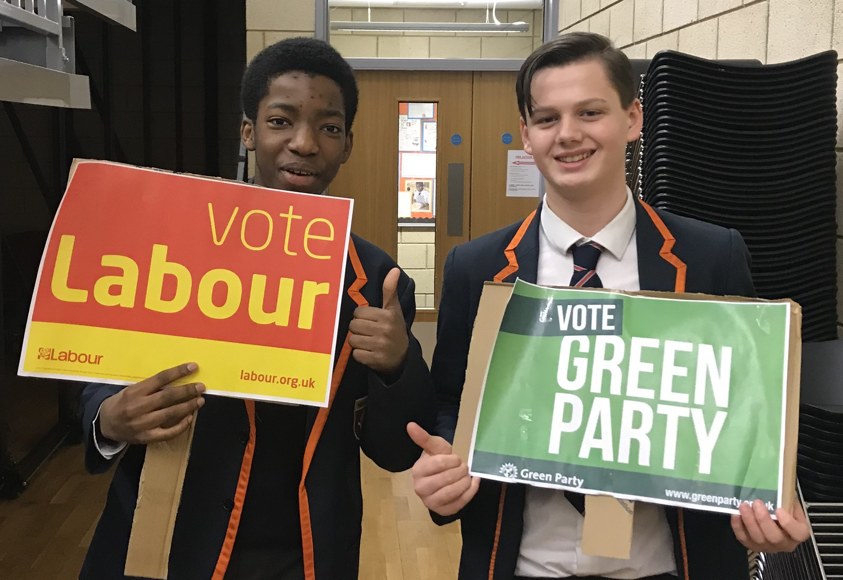