Watch a recording of our live Virtual Open Day event on 24th Sept, hosted by Principal Peter Groves. See for yourself what makes the character of our school special #ActiveCitizens https://t.co/vlGVc0Ve9l

Thank you to the MANY parents who came to our live Open Admissions Event this eve and were so positive! Register for further live events with our pastoral team, students and SENCO at https://t.co/rKA0mX8IMt https://t.co/GnB8CBywFL

Camron in Year 7 collects his first book from our new pop-up #library on the ground floor. Our main library is currently closed to students but we are operating a Click and Collect service from our online library catalogue, because we #LoveReading #literacy https://t.co/yn15q3AXo6

Do you have a son in Year 6? Join us for our Virtual Admissions Open Event, Thurs 24th Sept, 6pm. Meet our staff, find out more about our school, and ask questions too. Hosted by Peter Groves, Principal. We look forward to welcoming you. Find out more https://t.co/rKA0mX8IMt https://t.co/QRsL4SXw6m

@maxiclicky @HarrisGirlsED Hi Svea, who at HBAED have you contacted please? Could I suggest you try calling the school on 020 8299 5300 and asking about the best person to talk to? DM if you get stuck. Hope that helps.

We are very proud of our Year 11 boys and the exam results they achieved in August 2020 and wish them well with the next stage of their education. They showed huge resilience in difficult circumstances and deserve huge credit. Pictured: Arthur, Hari, Balla and Steven. https://t.co/BObS4OIISX

Starting Year 7 at Harris Dulwich Boys in September? Check out our Year 7 FAQs with lots of useful information about the start of term. We can't wait to meet you! https://t.co/JzV5AakQKl https://t.co/T0Dl2FZVBh

We are delighted to be opening the Academy to all our students in September. For the latest details about our September reopening (including staggered start times and dates) please visit https://t.co/uQljS6qL7K. We look forward to seeing you soon!

Students have achieved strong results for A-Levels, Sport and vocational subjects this year. 52 per cent of A-Level grades were an A-B, while around 91% of all students taking technical qualifications received a distinction or distinction*. Well done! https://t.co/AWCPkdVsi8 https://t.co/091Nz9ziLM

Everyone looks forward to the summer holidays, but after a couple of weeks most of us start to get bored. So, we’ve set you some challenges to keep your brain ticking over, and win loads of Harris Points! 🏆Have a go at them here➡️ https://t.co/zfuU9DbsRM https://t.co/PZhVjL8f7l

A truly big THANK YOU to all our students, parents and staff for your support over the past few months. Have a great summer and see you all again in Sept!🙂. Signing off with our special #PerformingArts showcase video! https://t.co/PCIxDFFQLy

Messages from our HBAED Tree of Appreciation. #ThankfulThursday "I am thankful for my friends and family who cheer me up when things go wrong." "I am thankful that everyone has been kind and supported me while learning at home." https://t.co/eEip4K9Ct3

Messages from our HBAED Tree of Appreciation. #ThankfulThursday "I can spend more time with my dad. It's very fun. We have intelligent debates." "For having the confidence to talk about my feelings." "For my family since we are spending more time with them." https://t.co/EF6vs2JauD

This is our HBAED Tree of Appreciation. We asked students in Years 7-9 students to say what they were #thankful for as part of their #wellbeing lessons. We thought you'd like to see some of their messages. "I am grateful that my family has come closer together during lockdown." https://t.co/KjCzJNaG84

HBAED in 4th Place out of 55 Similar Secondary Schools 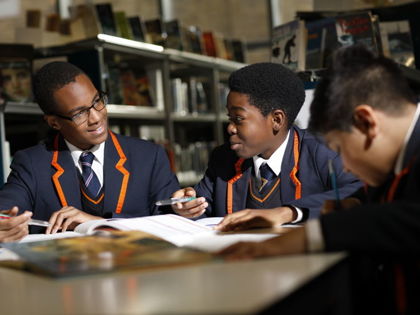 Harris Boys’ Academy East Dulwich has come 4th out of 55 similar schools based on its Attainment 8 outcomes, the Department for Education (DfE) announced recently.

The DfE puts schools across England and Wales into groups of 55 whose students have a similar attainment at the end of primary education. They then compare how students in those schools perform at the end of Key Stage 4. This enables schools to get a really good idea of how they are performing against schools with a similar intake.

We have again been ranked amongst the top schools for student progress, with our provisional Progress 8 score of 0.75, which is well above the national average.

"This is a tribute to our students, their parents and our staff and we are very proud to again be amongst the highest-performing schools for both progress and attainment," said Principal Peter Groves.