Our Year 9 boys have won the 12 weeks Envision apprenticeship challenge, competing against six other schools.

Over the course of 12 weeks, they have been working on leadership, communication and listening skills in order to lead a 'Pub Quiz' style fundraiser with external businesses.

Two weeks ago they raised £409 for their charity, Football Beyond Borders, and last night was their final where they presented against six other schools and a panel of judges including CEOs, tech entrepreneurs and nuclear plant managers.

They were crowned the winners of the competition, winning an additional £100 for Football Beyond Borders, bringing the total raised to £509. 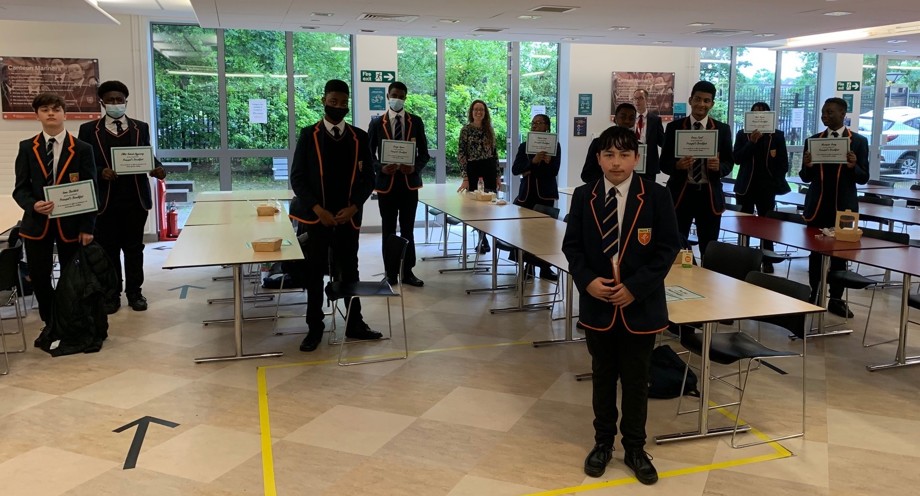 “This is a huge success and I was so proud so see how well they presented as a team and how they developed throughout the competition,” said Ms Taylor. “As a team they were also awarded the Communication Award due to the improvement they showed in listening to each other and sharing their ideas. The boys left school cheering and buzzing having won money for their charity.”

Football Beyond Borders is an education and social inclusion charity using the power of football to change the lives of young people.