A pavilion designed earlier this year by aspiring architects and engineers from Harris Boys' Academy East Dulwich has now been built and will feature at COP26.

The pavilion, which was designed by the boys following a two-day workshop at Grimshaw Architects in February, shows a deconstructed dome pulled apart by the symbolic hands of humanity, illustrating the impact of human creation and our destruction of the planet.

After winning a Clerkenwell Design Week competition, the dome is now being built (pictured) and will go to Glasgow for COP26, the UN climate change conference which opens on 31st October.

See how the Pavilion was reported in Southwark News.

Watch a short film about our boys' design 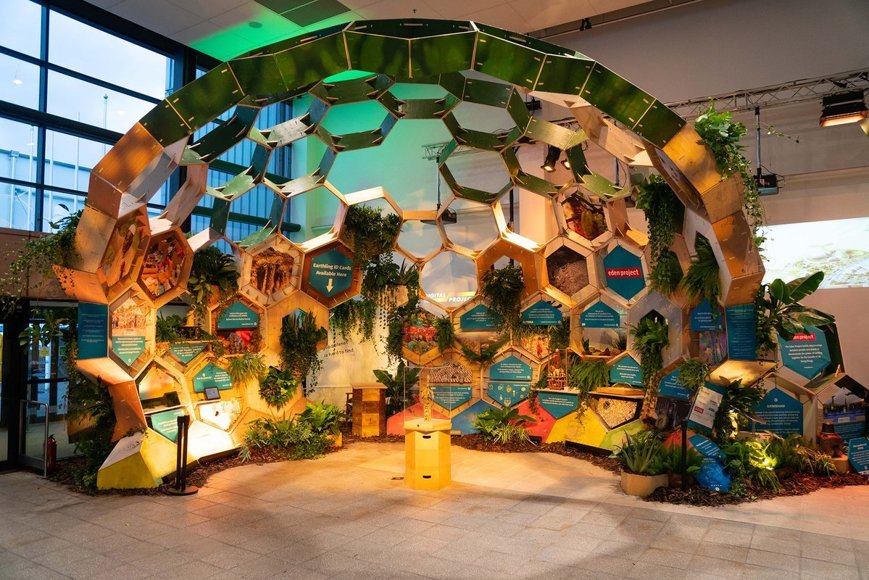 Last week the boys visited the London offices of Grimshaw Architects, the international architecture company known for designing projects such as London Bridge Station, the Eden Project and Heathrow Terminal 1. 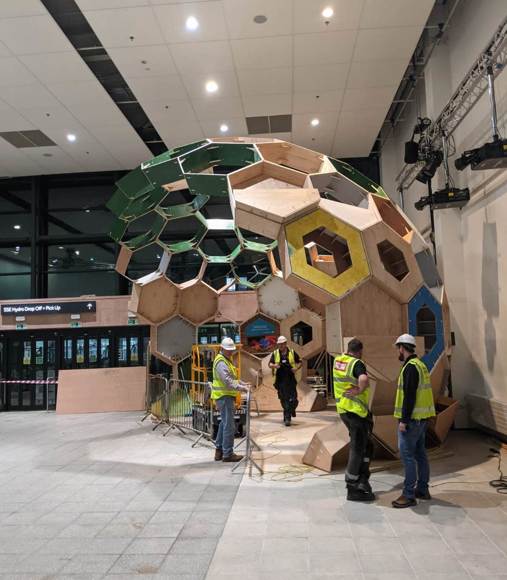 They saw the dome in construction (pictured above) and met Jon Snow, Channel 4 News Presenter, Andrew Whalley, the chairman of Grimshaw, and Sir Tim Smit, who runs the Eden Project in Cornwall. Jon Snow interviewed Miqdaam, Muhammad, William, Jathursan and Devin about the design and its success. 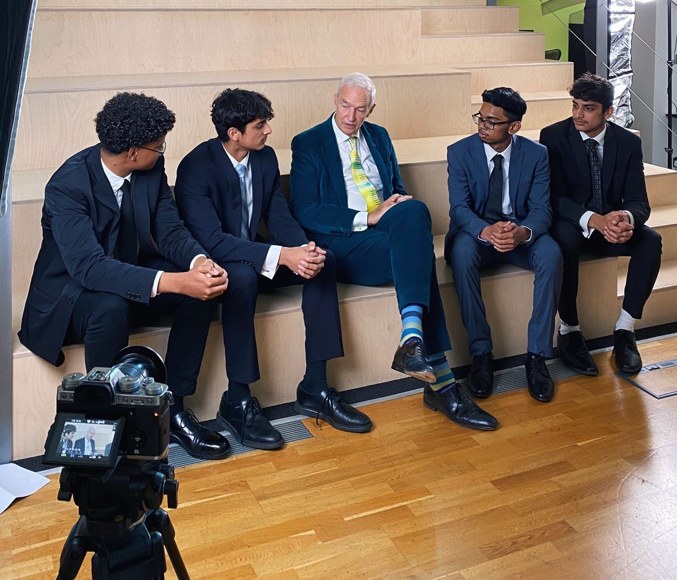 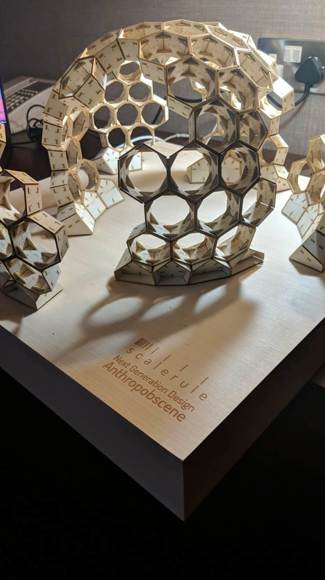 After winning the Clerkenwell Design Week competition, the boys' design was rendered digitally by Scale Rule, who organised the competition. The team at Scale Rule worked with our boys through a digital design workshop where the pavilion was collectively reviewed, tested and developed.

Pictured is a 3D model of the students' design.

"From concept to production"

We are hugely proud that the students involved in the Scale Rule workshop can evidence a sustainable project taken from concept through to production, particularly for such a major world event as COP26," said Mr Allison.

Seeing how our STEM curriculum has real-world impact and relevance is inspiring for students. Working closely with architects, designers and engineers has not only motivated our students to pursue careers in the field but has sparked further interest in the STEM industry across our school community.

We now have record numbers of students attend our 'Designers and Engineers' after-school club. This engagement between industry and education will only continue to create the future leaders and thinkers we need to tackle the climate challenge." 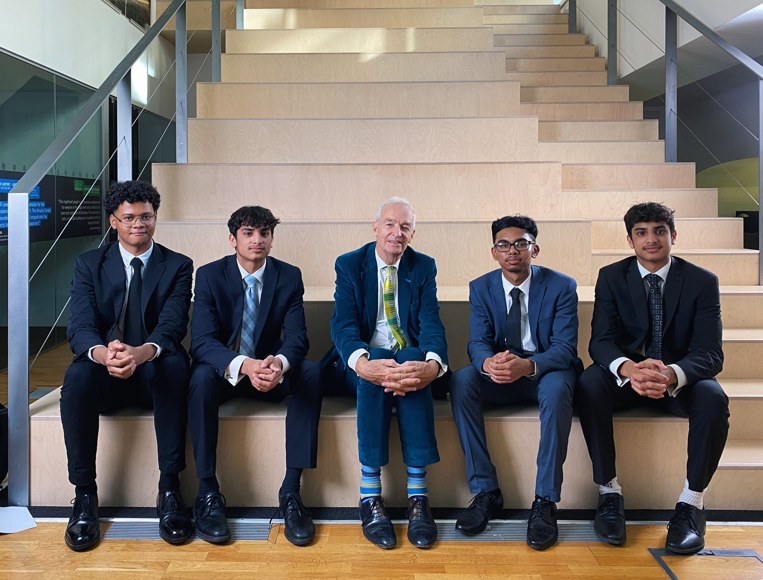