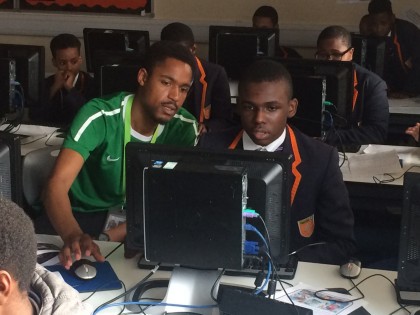 A new project at Harris Boys’ Academy East Dulwich is using the power of football to support literacy in Year 8.

School finished at 3pm but 12 boys are working hard in the classroom to create a PowerPoint on a topic they care about a lot. Who is the player of the decade? Messi or Ronaldo?

It’s part of a new project at Harris Boys’ Academy East Dulwich that uses the power of football to support literacy, attendance, behaviour and engagement in Year 8. Boys are selected for the programme not on their football ability but on whether they need support in these areas.

The programme, which is run by the charity Football Beyond Borders, started in September 2016 and will continue throughout the year.

“The power of football is at the core of everything,” says coach Yemi Brown. “We bridge the gap between teachers and youth workers. It’s like a third space for students. There’s still an element of formality and learning but it’s more relaxed and groups are smaller than in a conventional lesson.” 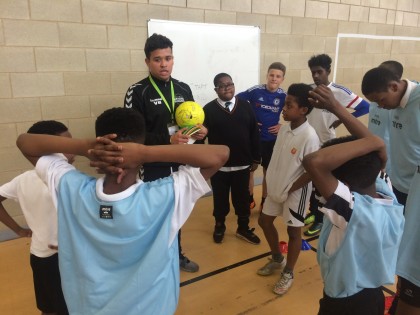 Each session starts with an hour in the classroom working on a football-based literacy project. The boys have been asked to structure their arguments on the vital Messi v Ronaldo question using criteria such as goals scored, appearances, international caps and sportsmanship.

They’ve already written a page outlining their arguments, focusing on tone, structure and persuasive language. Now they’re creating a PowerPoint in time for a presentation to Football Radar, a sports data company, later in the term.

Training session with a difference

After one hour in the classroom it’s off to the sports hall to do something all the boys love – play football. But this is a training session with a difference. It’s not just about technical skills, drills and goals. Students are awarded points for communication and teamwork too.

Football Beyond Borders sets behaviour targets for each boy, working with the school. To keep students focused throughout the term there are rewards such as weekend football trips and tournaments, but only for those that meet their targets.

“There was a game last week but students could only play if they got less than ten negative points during the week,” says Josh Connolly, Director of Sport. “On the day of the game Football Beyond Borders checked the list and they boys that didn’t meet that target weren’t allowed to play. They don’t like it but it means they have to take responsibility for their actions.” 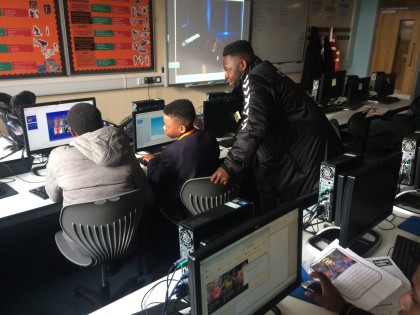 If there are incidents in school during the week Football Beyond Borders is sent an email to let them know. “It means they can pull that boy aside and quietly speak to hims about what happened, why, and how he might react differently next time,” says Mr Connolly.

He thinks it’s important for the boys to have that kind of follow-up. “They are often a bit shocked that Football Beyond Borders know what happens in school but the boys appreciate talking to someone outside of the school about it.”

Amon, Year 8, is clear about how the system works. “If you don’t behave then Football Beyond Borders hears about it,” he says. “I know if I misbehave then I can’t take part in certain trips and things. Because you want to go on the trips it makes you want to behave more in class.”

The approach used by Football Beyond Borders is informed by work carried out by the Premier League and Department for Education, who tested how sport could boost literacy, numeracy and ICT skills in over 1,000 schools across England and Wales.

“It’s teaching the hidden curriculum,” says Joye Abiola, of Football Beyond Borders. “They are learning about things like the need for punctuality, resilience, communication and teamwork as well as literacy.” 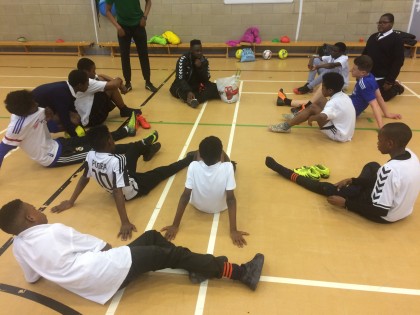 So what evidence is there that it works? Each student’s literacy level will be measured at the end of the year and their progress compared with a group of similar students who are not on the programme. Data on attendance, punctuality and reward points is also measured, so the school can see whether these are improving.

“We’re very pleased with progress so far,” says Mr Connolly. “We’re measuring the project’s impact carefully because next year we would need to use some of our own funds to deliver it, so we need to know it works.”

Teachers talk about ‘engagement’ and although that’s not the word used by Nahshun, Year 8, it’s clear that’s what he’s referring to: “If I’m in lessons and think about Football Beyond Borders it helps to keep me more on task.”

So what is the answer to the million dollar question? Messi or Ronaldo? The boys have different and strongly-held opinions. But thanks to Football Beyond Borders they can express themselves persuasively on this vital topic, in both speech and writing.

The Football Beyond Borders project continues at Harris Boys’ Academy East Dulwich until the end of the summer term. 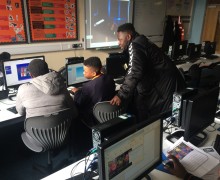 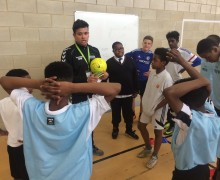 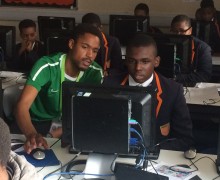 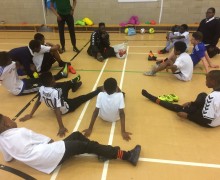 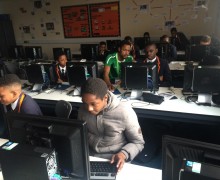 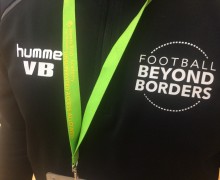