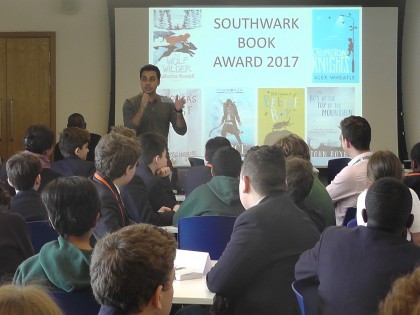 Students from HBAED and four other schools in Southwark have helped to relaunch the Southwark Book Award this year.

Six books published during the school year 2015/2016 were shortlisted, with voting open to students in Years 7 & 8.

Three of the shortlisted authors, Taran Matharu (The Novice) M.G.Leonard (Beetle Boy) and Alex Wheatle (Crongton Knights) were present at the ceremony (see picture below).

The three other shortlisted books were The Boy at the Top of the Mountain by John Boyne, Jessica’s Ghost by Andrew Norriss and The Wolf Wilder by Katherine Rundell.

Children packed into Canada Water Library last week to find out the results of the Southwark Book Award 2017.

Hakim said: “I enjoyed hearing what everyone else was thinking about the books, and I got to meet my favourite author, M.G. Leonard who wrote Beetle Boy.” Hassan said: “I talked to the authors and learned how I could get my ideas published.” 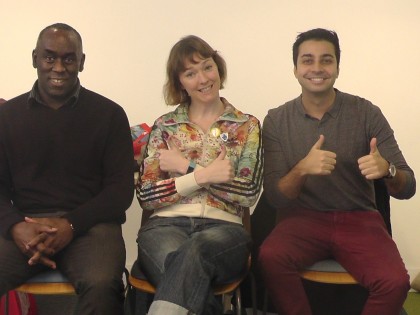 The pupils had already voted for their favourite book online, but once at Canada Water Library they were split into groups to discuss and rank each book in terms of its style, characterisation, plot, setting and theme. Later, they were treated to a short talk from each of the authors present.

Amari said: “All of the authors there have new books coming out. We awarded them certificates for best style, theme, characters, plot and setting. All the students voted for the best overall book, and at the end, we got to meet the authors and got autographs.”

The highlight of the morning was the presentation of the Award.

Jo Mead, Learning Resources Manager at Harris Boys’ Academy East Dulwich, first announced the results of the morning’s discussion – which saw the honours for the different elements of the books fairly equally divided between the six titles.

The overall winner of the Southwark Book Award 2017 however, was Andrew Norris, for his book Jessica’s Ghost. Sadly, the author was unable to be with us on Thursday, but he sent a video (see below) in which he professed himself “absolutely delighted” and thanked all the students for their votes.

Before leaving to return to their respective schools, the students swarmed the authors present with requests for books, posters and bookmarks to be signed – a sure sign that a love of reading is alive and well in Southwark!

The Southwark Book Award is organised by the Southwark Education Librarians’ Forum, and we’re looking forward to making it even bigger and better next year. Southwark schools who would like to take part in future awards should contact Jo Mead (J.Mead@harrisdulwichboys.org.uk) to join our mailing list.

HBAED Book Club meets every Thursday 3-4pm in the library. We will now be moving on to some new books. Any students in years 7 or 8 who would like to join should collect a permissions letter from the library. 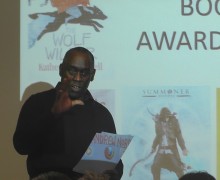 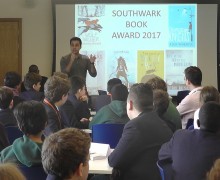 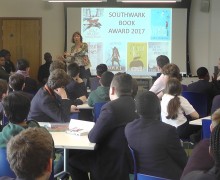 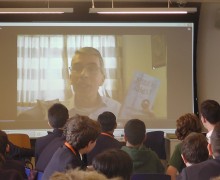 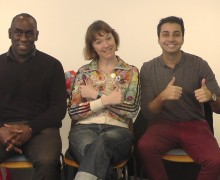