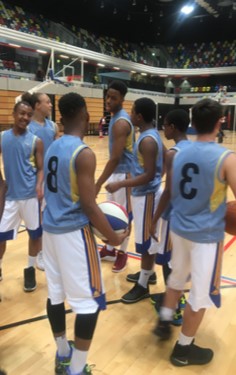 Yesterday we went to the Olympic park for the Harris Federation basketball tournament, where we played in the Copper Box, a lovely arena for basketball.

We were drawn in a group with Battersea, South Norwood and Beckenham and the standard was very high.

It is fair to say that Battersea were simply too good for us. We couldn’t cope with them and gave away too many fouls. Crispin and Tyreiss put points on the board for us, but Battersea were a very good team. I think they went on to win the tournament.

This is the game that cost us the tournament. Crispin and Tyreiss put our points on the board again. We were 6-1 up and unfortunately did not have the maturity to see the game out. Too many wasted shots, fouls given away and missed lay ups meant that we only managed to get a draw from a game where we were by far the better side. 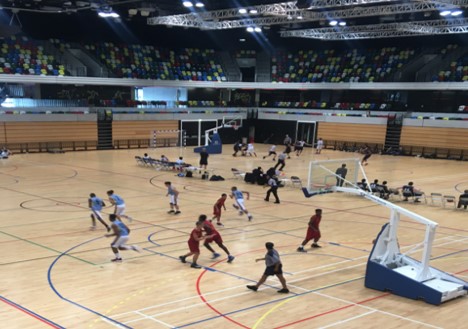 We started to play our top game here. David stepped up with all six points for us. We had our zone right at the back and the boys were starting to take responsibility. Unfortunately it was too little too late as we were out and on our way back home.

The current Year 9 boys have a fantastic squad so watch out for them next year in this tournament.