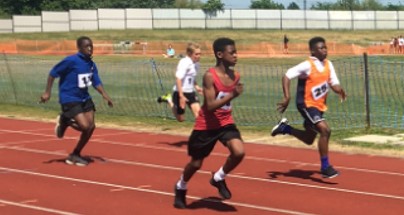 On Wednesday we took years 7,8 and 9 boys to an athletics event run by Dulwich College at Croydon Sports Arena.

We turned up to amazing sunshine and a high standard of competition. The boys were out everywhere taking part in activities and represented the academy well. We have only just started athletics with our boys this year and they were up against national competitors, but we put out a very strong team and competed throughout in all events. 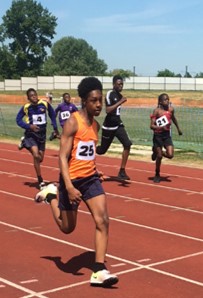 The highlight of the Year 7 boys was the performance of Steve in the 100m sprint. He absolutely cruised through his heat to qualify for the final. The competition was incredible in the final but Steve stormed home in third place. A great position considering the winner ran 11.8 seconds. I expect to see Steve running for GB one day!

We have real talent in our Year 8 boys and this showed. Kai boomed through his 100m heat as did Dylan. We had two boys in the final and Kai placed 2nd whilst Dylan placed 4th. Dylan and Kai also put in excellent performance in the long jump, with Dylan finishing 3rd and Kai 1cm behind him in 4th (amazing considering we don’t even have a sand pit to teach them jumps in!). Deen, Gareth, Kai and Dylan then gave us another bronze in the relay – watch out for this team at sports day. With some work on change overs they could do very well. Herman also smashed out the Shot Putt with a silver medal for us – throwing an incredible nine metres!

Our Year 9 boys saw us win a silver with Rio in the shot putt. This was a real turn out seeing as we put him in as our second athlete. Abdur Rasaq showed what he is made of by qualifying for the final of the 100m and then coming 4th against a very strong field. The Year 9 boys relay team then came 3rd – we weren't expecting it, but Jerry boomed down the straight and Antonio comfortably bought it home for us. 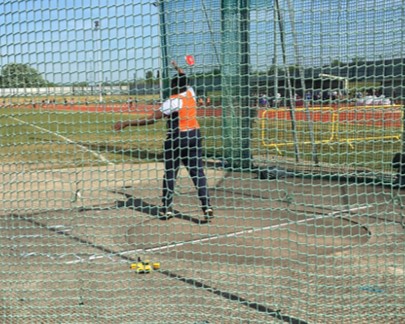