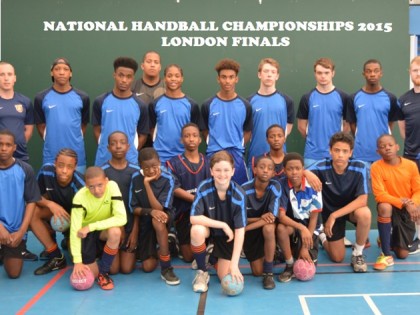 On Thursday 22 April, the U15 handball team travelled to Leyton Orient Score Centre for the London Finals of the National Handball Competition.

The squad was excited and ready to demonstrate their prowess as they eagerly awaited the draw. Harris were drawn against Westminster, Ark, Carshalton and All Saints and the stage was set.

Match one saw Harris take on Ark and if this opener was anything to go by, the Leyton Score Centre was about to see a spectacle. The game began with Ark taking a 2-1 lead, before Bilal and Keiran stormed through the defence to give Harris a 3-2 lead. Ark then fought back with a close range effort to tie the game 3-3. Some tactical play from Marco and Keiran gave Harris a free throw. Harris demonstrated fantastic organisation as a well-run dummy play provided Bilal with an opportunity that shook the cross bar. In the final 30 seconds Ark squeezed through a scrappy brawl to fire home, leaving Harris disappointed with a 3-4 opening loss. Man of the match - KEIRAN 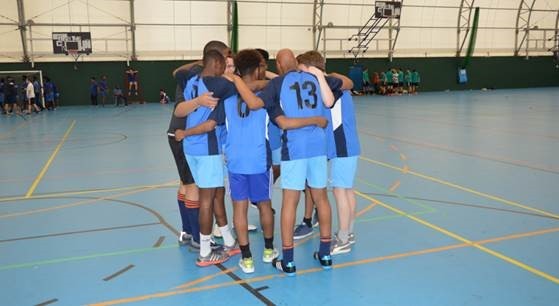 The team then reorganised and refocused before the next match, and took to the court against Carshalton. The team looked revitalised as Ivor and Keiran operated an impenetrable defensive unit. Our offence then gave a display as Mohamed ‘dazzled’ spectators and players alike with some defence-testing acrobatics before firing a bullet-like shot into the top corner. It was a relief not to be bringing home the bill for a new handball net! The team then continued to batter the Carshalton goal, only to rattle the cross bar once again. Carshalton were clinical in their attacking play as they took a 2-1 lead. It was then the turn of Jack, who carried the ball the length of the pitch and, like a red arrow, it was only a miasma of smoke that remained as Carshalton heard the sound of the ball crashing in off their own post. A closely-fought few minutes meant the game stood at 3-3. Before the final buzzer, Bilal skipped through the defence to place the winner in the bottom corner. Delight as Harris won 4-3. Man of the match - MOHAMED

Full of confidence, Harris demonstrated no mercy as they took a on a rather desperate Westminster. Goals from Bilal, Keiran and Mohamed, as well as an almighty protective display from Jaeden in goal led to a convincing 3-0 lead. Westminster showed some good attacking play, but could not produce the power necessary to beat an in-form Jaeden, as Harris calmly collected a second win (score 6-2). Man of the match - JAEDEN 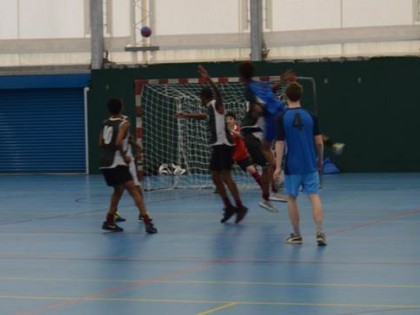 The final game saw the top seeds (All Saints) against the second seeds (Harris). Considering the already-tiring players that took to the court, there was no lack of intensity in this final bout, as a testosterone-fueled battle soon developed. Both teams demonstrated speed and organisation as they turned defence into attack with a grueling and entertaining display of men’s handball. Bilal showed signs that he may be capable of flight as he soared to inexplicable heights to fire shot after shot at an in-form All Saints goal keeper. At half time the game stood at 1-1 with both teams struggling to make clear-cut chances. Time took its toll in the second half as substitutions become more frequent in attempts to combat the fatigue. All Saints took the lead with a free-throw to make it 2-1, before firing a third from a scrappy corner. Mohamed then stepped up a gear to collect a loose ball and fire home to pull Harris closer at 2-3. With 21 seconds to go, Bilal picked up a loose ball and pulled the trigger from the nine-metre line. The Leyton Score Centre stood still as the ball took flight towards the goal (see picture) but... CRASH, it rebounded from the top of the post, All Saints stormed up the court to collect a second loose ball and, with five seconds on the clock, they secured their victory with a 4-2 win. The consolation was a second place finished, which took us into the semi-finals against 3rd-placed Ark. Man of the match -  BILAL

Team points going into the semi-finals

The London finals had a bitter ending as Ark won 5-3 to secure their place in the final. Man of the match -  MARCO
Every single student who took part was a credit to our Academy, both with their athletic performance and manners. Behaviour was impeccable throughout the trip and it was a pleasure to be with a group of students who represented our Academy in such a glowing light. Please take the time to congratulate the students on their efforts, they thoroughly deserve it and, hopefully, we can progress further in the next Academic year.
Mr Butler, PE Department 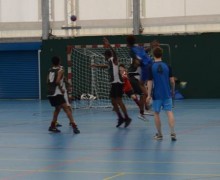 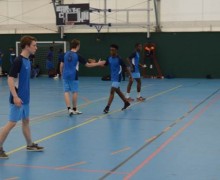 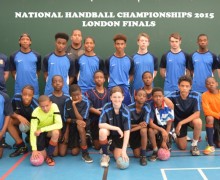 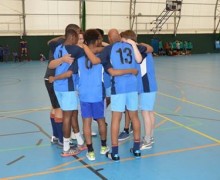