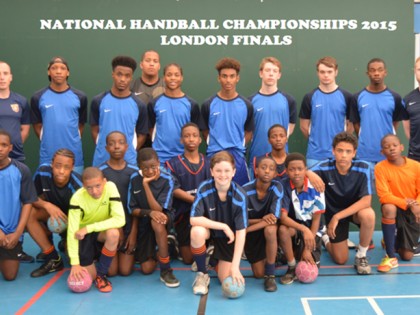 The under 13 handball team travelled to the Score Centre in Leyton to enter the London round of the National Schools Handball Competition on Wednesday.
The team were competing against All Saints, Westminster, Hampton and Ark Academy for one qualifying place to progress to the 'South of England' finals.
The format of the competition was a group stage, where the top four teams progressed and the fifth team went home. First would then play fourth and second would play third for a place in the final.
The results in the group stage were as follows:
The boys were full of confidence before their first game against All Saints and rightly so following the impressive form they demonstrated at the regional finals.

The game proved to be harder than they were expecting and the boys found themselves trailing after three minutes. As the game progressed the team gained momentum and two quick fire goals put Harris in front. All Saints continued to push and were rewarded with a good goal. Just when the game look destined for a draw, Jordan produced some magic with an underarm shot that bamboozled the goalkeeper and nestled into the bottom corner. 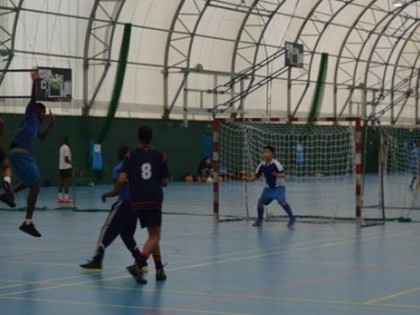 The team were full of confidence in their next two games against Westminster and Hampton. They were fearless and ruthless in attack, composed and solid in defence. Whenever a gap in our defence was exploited, Enry consistently denied the opposition with excellent goalkeeping. Goals from Tyreece, Connor and Jordan gave Harris two well-deserved wins.

The final game against Ark Academy would determine who would top the group. Ark were playing with assurance having come through their previous three games unscathed with little bother along the way. However, Ark’s momentum was stopped in its tracks when they found themselves 4-0 down inside five minutes. Once again, the pace of Harris’ attacks were relentless and were impossible to contain. At the other end, Enry continued to produce world-class saves and the defence remained disciplined. The game finished 6-3, Ark very lucky not to concede more. Harris topped the group convincingly, with a 100% win ratio.

The boys were drawn against All Saints in the semi-final, who had finished 4th in the group. Harris knew how closely fought their first encounter had been and weren’t going to take this game lightly. Frustratingly, the wind was taken out of Harris’ sails early, when two goals were conceded in quick succession. The boys didn’t allow their heads to drop and began to play with their usual brashness. Despite Connor, Jordan and Tyreece dictating play in attack, Harris found themselves chasing the game with the score at 5-4. With seconds on the clock, Harris broke up the field, the ball found Tyreece wide on the right , however, his powerful shot flew agonisingly wide.
Understandably the boys were absolutely devastated at the final whistle, but showed excellent sportsmanship in congratulating the eventual champions All Saints during their celebrations.
Luke Nowers
Learning Support SaLT Coordinator/Teaching Assistant 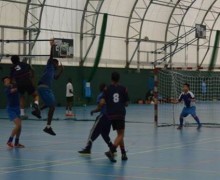 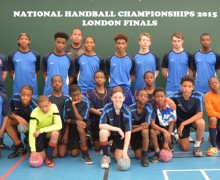 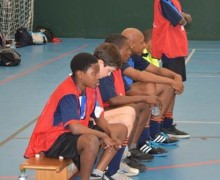