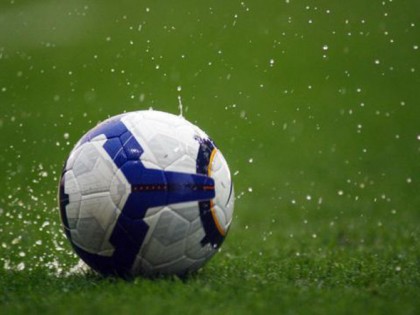 Last night the Year 11 boys took the long drive to Chobham for the 2nd round of the Harris Cup. Last year we squeezed past Chobham in the semi finals to make the final. In defence of our Harris Cup we lost four of our starting line up and went to Chobham with just 11 players.

Chobham came flying out at us, Junior and Jordan having to work hard at the back to keep the scoreline at 0 – 0. With them pressuring us so much and dominating the midfield we changed to a 4 – 5 – 1 formation with Enry moving back into centre midfield. Him and Gibril absolutely dominated the game from there. Gibril allowed very little to get through to our back four, whilst Enry was physical in the middle of the park, working hard to win every ball. Eventuall Mukthar put John through who used his strength to wack one in to the top corner from the edge of the box. 1 – 0 HBAED at half time.

The second half was all HBAED, Myles was giving their right back an awful time, turning him inside out, clearly his pace was too much. He put a chance on a plate for John, who unfortunately missed. Aziz and Yaya started to dominate the game. Chobham came back at us, George again making three or four one-on-one saves to keep us in the lead. It looked like there was going to be another goal in the game and with 30 seconds left Chobham broke through and got a deserved equaliser. Extra time saw no more goals, so we were into penalites.

Enry showed his leadership stepping up for the first penalty and putting it low, followed by Mukthar, where the power beat the keeper. After George stayed in the middle to save one, Myles hit the top corner, with the best penalty of the shootout. Goerge then got down quickly to save another penalty and Gibril, who has been in the starting line up for five years, slotted his penalty cooly home to send us into the next round.

Man of the Match: Enry, who was by far the best player on the pitch.

Stepping Up: Junior, who stepped in at last minute and played out of position.

Hero: George was a hero today, as he has been many times over the last few years, saving two penalties and three one-on-ones.