HBAED in 3rd Place out of 55 Similar Schools 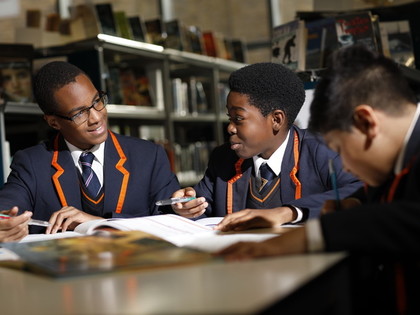 Harris Boys’ Academy East Dulwich has come 3rd out of 55 similar schools based on its Attainment 8 outcomes, the Department for Education (DfE) announced recently. This is the 5th year in row that we have been recognised for our progress and attainment nationally.

The DfE puts schools across England and Wales into groups of 55 whose students have a similar attainment at the end of primary education. They then compare how students in those schools perform at the end of Key Stage 4. This enables schools to get a really good idea of how they are performing against schools with a similar intake.

See the complete list of 55 schools in our group. Harris Boys' Academy East Dulwich has been placed either second or third in its group of 55 every year since 2014.

We have again been ranked amongst the top schools for student progress too. Our provisional Progress 8 score of 0.81 is outstanding and means we are likely to be in the top 2% of schools nationally.

"To consistently be amongst the highest-performing schools for both progress and attainment is something of which we are extremely proud," said Principal Peter Groves. "It's a tribute to the hard work of students, their teachers and parents alike."