U13 through to next round of London Youth Cup 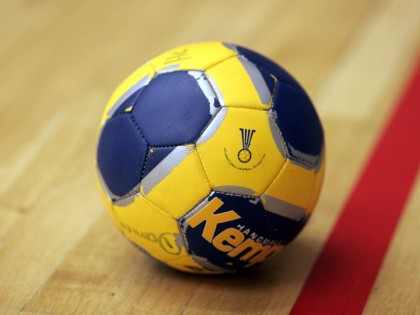 Our Under 13 handball team earned the prestigious honour of representing the Borough of Southwark in this years London Youth Games following and away win against City Heights Academy last term.

The first round proper drew us at home against the Borough of Westminster on Tuesday evening in a knockout match.

We won convincingly. Maybe 15 - 5? But to be honest we stopped counting the score after the first few minutes and used the competitive minutes to practise some new tactics with stronger opponents in mind.

Man of the Match. Tomi showed the most promise as he could listen and implement new tactics. He started on the right dominating their wide man before being moved in front of our zone defence to nullify their star man. Think Ander Herrera. An annoyance of a player to compete against who sacrifices  his own performance for the benefit of the team.

Rock solid with a touch of flair. Sherif and Subur where picked for their obvious defensive attributes and were brilliant at the back but also both got the chance to prove that there is more to their game than long limbs and a strong zonal defence, both scoring and assisting several goals.

Leader. Jacob martialled the defensive shape and was first into contact at every opportunity. An effective leader on the pitch with a very big mouth!

Game changer. Joshua was in charge of bringing the ball forward and starting our attacks. He drove through the middle of court and was the focal point. He added some great goals to make it an all round performance.

Potential. Dante has arguably the most potential of any our squad. Twice as big, twice as strong (and also holding the London record for the Long Jump) he has the ability to bound past players. A few more training sessions and he will be a star!