Speaking Out Against Gender-Based Violence

Four women who have been victims of gender-based violence visited Harris Dulwich Boys yesterday to tell their powerful stories to Year 8.

In a hard-hitting 90-minute session run by the charity Action Breaks Silence, founder Debi Steven described how she was raped twice as a child and the impact this has had on her life. She started the charity so that other women would not have to go through what she did, she said. 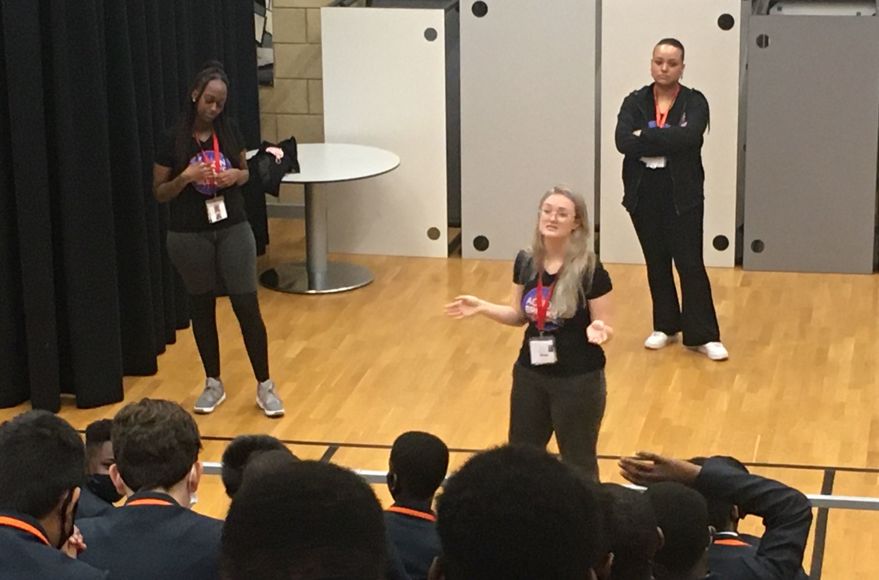 Another Action Breaks Silence ambassador, Deborah, spoke about what happened to her in a toxic relationship when her boyfriend posted sexually explicit film of her online without her consent.

But the main focus of the session was on asking the boys about their own experiences of growing up as young men, with our students openly sharing some of the challenges they face because of expectations put on boys and men not to show emotion.

The session explored the roots of toxic masculinity and the limitations that societal and cultural pressures put on boys too, and how this can be changed.

“It was great!”, said Malek. “They weren’t afraid to approach sensitive topics with us and they made it engaging and made me want to learn more about how I can be an activist for gender equality.”

Micah agreed. “The women were inspiring and they made me reflect on toxic masculinity, gender equality and inspire me to make the world better,” he said.

The session also looked at the cost people pay when they don’t show their feelings, or when showing emotion is associated with weakness.

Charity founder Debi Steven talks with the boys about their own experiences of the pressures of growing up.

A safe environment to talk

Debi and the other session leaders were impressed by how open and engaged our boys were, in what was a very hard-hitting session dealing with sensitive issues.

“We were all really inspired by the level of the interaction of the boys,” said Debi. “We come in with a slightly different approach to teaching, one where it’s really important for us to hear the boys’ stories and have their input.

“I thought the response from the boys was incredible in terms of how they were really able to share their feelings and emotions – and it was great that the school and our team could create the kind of environment where this can happen – because it feels like a safe environment.” 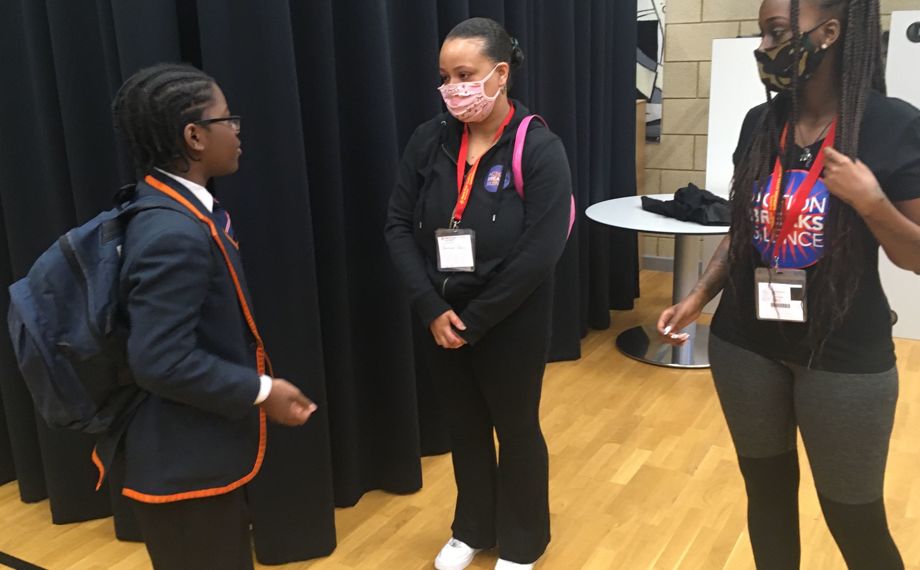 "The boys showed maturity and openness, discussing a subject that men of any age would find difficult to talk candidly about," said Mr Exley. "With testimony that was at times emotional and direct, the students displayed an engagement and willingness for discussion that can only serve them well as they mature into young men."

Debi says her approach is not to look at boys and men as potential perpetrators but as part of the solution. “We can acknowledge that their journey as boys and young men can be difficult too – in terms of the pressure to not show emotion and not cry. But I think this is the ‘changing generation – one that is starting to ask lots of questions and I’m really hopeful.”

Debi said that even though the trainers were really emotional sharing their stories, the impact on them has been positive because of how the boys at the school responded to their testimony.

At the end of the session one of our boys, Micah (pictured above), walked up to the front to offer comfort to Action Breaks Silence trainer, Charmaine, who had shared her experiences of abuse for the first time and found it understandably difficult. Micah’s sensitivity was a lovely end of the session and a fitting tribute to our boys' openness to engaging with this sensitive and difficult topic.

What our Year 8 students said…

“It was great! They weren’t afraid to approach sensitive topics with us and they made it engaging and made me want to learn more about how I can be an activist for gender equality.” – Malek

“The women were inspiring and they made me reflect on toxic masculinity, gender equality and inspire me to make the world better.” – Micah

“I didn’t realise how bad this issue was and they’ve really opened my eyes.” – Patrick

“I found it very useful - although it was shocking, it was necessary.” – Austin

“It was so good because they helped me to realise the role we all play in fighting gender violence and taught me how to be myself.” – Daoude

“I love how they expressed their feelings.” – Vakesse

“It was interesting because we were discussing the stereotypes of men and how that affects us. It made me think about the mental as well as the physical impact of rape and how toxic masculinity can affect women around us.” – Malachi

Thank you to the trainers from Action Breaks Silence for sharing their stories: Charmaine, Deborah, Taya and Debi.