Some of our Most Able students attended Christies’ Virtual Art Seminar recently, where they had to design an art gallery and decide which works of art to present in it, and explain their choices to students from other Harris academies.

This was a 'behind the scenes' event with Christie’s Education, the education department of Christie’s Auction House, one of the most prestigious auction houses in the country. Students have already had an event with Christie’s this year, as part of an ongoing partnership which will culminate in students producing their own artwork. 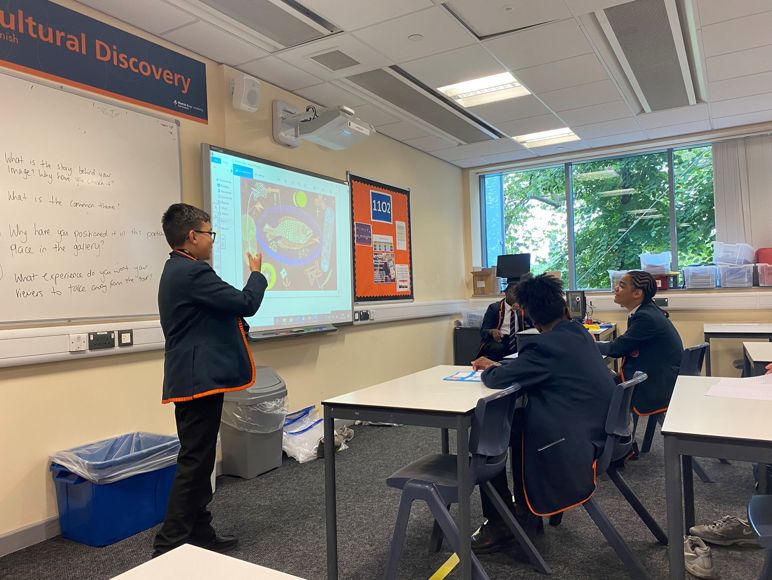 As a group they designed their own gallery; options ranged from a ‘loft’ canvas to a ‘contemporary’ one and they had to place their chosen pieces of art work within the gallery walls.

They then had to skilfully craft a story behind each piece of art work and explain what the meaning behind each painting was and why they had positioned it in that specific part of the gallery. Our boys came up the theme of ‘man vs nature’ where the paintings reflected the effect mankind has had on the beauty of nature and it purity.

The ‘Treacherous Waters’ was juxtaposed with the ‘Hunt Of The Forest’, for example, as it was meant to make viewers feel intimidated as soon as they stepped into the gallery through the power of nature, which was viciously trying to fight the ramifications of human contact in the natural world.

A portrait of someone’s ‘Inner Demons’ was placed next to Andy Warhol’s famous painting of Marilyn Monroe to highlight the mask she hid behind and the way she felt inside suffering from depression and addiction.

Finally, the painting of the ‘Fish’ on the floor embodied nature trying to escape mankind’s cruelty which was ultimately meant to make the viewers question what they were doing to help protect the environment and save our planet.

To further their journey, students heard from key members of the Christie’s London team on the world of art auctioneering. Students learnt about the history of the practice, and how Christie’s have long cultivated their reputation in the industry. They will also got to learn about how high-profile art is evolving in line with technology like artificial intelligence and digital assets. 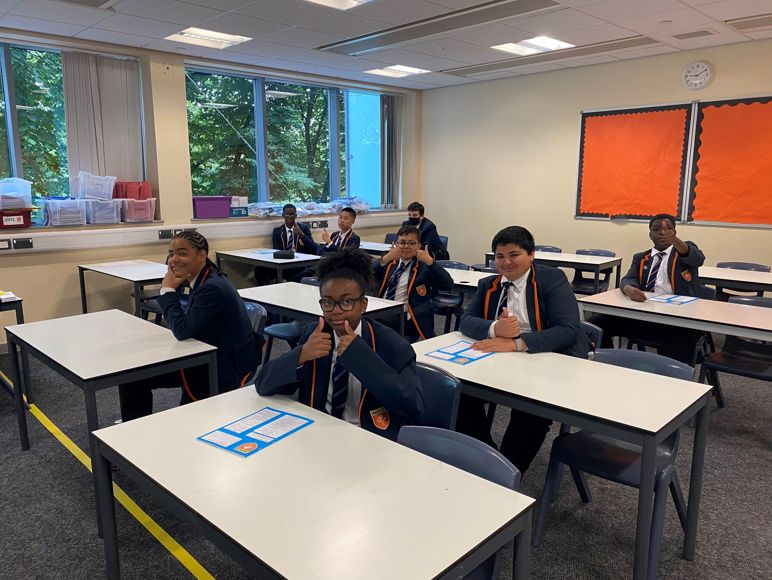 All the boys worked incredibly hard on their galleries and really worked as a team to get their message across to the viewers. In particular I was impressed with their level of creativity and thoughtfulness when it came to justifying why they chose to place each piece of art in a specific place in the gallery. A phenomenal experience for them -  well done gents!

“This seminar was very enlightening, it really made me appreciate art more and actually the story behind it. Specifically, The Wave by Hokusai.” Marlo, 9B1

“Having to think about the meaning behind each of the pieces of art was life changing as it made us question just how powerful mankind was and vulnerable nature was in our hands. Having to create links between seemingly polar opposites was good for my imagination.” Samuel, 9O1

“It was immersive, I loved the fact that I could interact with others more and we all worked as a team to create our gallery from scratch and then work through which paintings we liked. Gave me a feel of what it was like to be a creator.” Yvan, 9B2