Forty boys from Year 7 were highlighted in their reports as showing an excellent attitude to learning. These boys were rewarded with a celebratory Principal's Breakfast with Mr Groves today. A fantastic start to their education at HBAED! https://t.co/P4phiocKa9 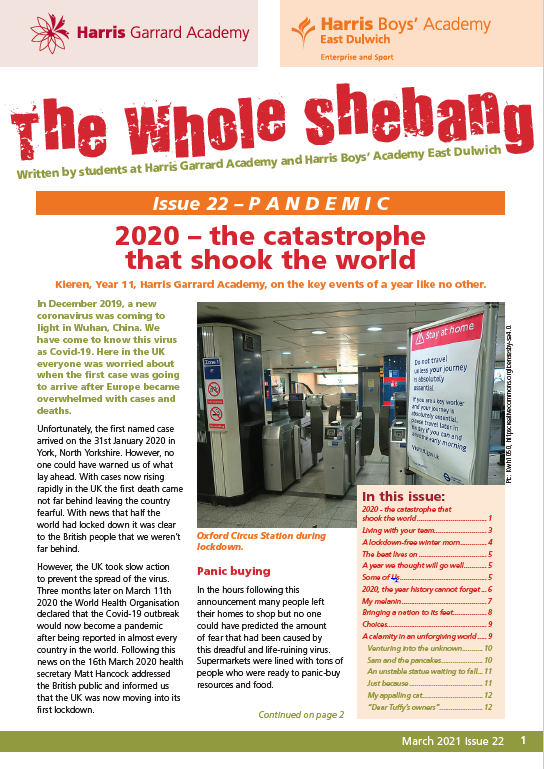 The workshop contained a 40 minute session explaining the minute differences between real and fake pieces of media. Students then spent 30 minutes creating their own presentations which explored varying subjects putting what they learnt in the workshop into practice.

The students were also presented with their journalist badges which solidified their positions as budding reporters! The roles change every half term so all students have the opportunity to be a 'Editor in Chief' and 'Deputy Editor'.

The next issue of The Whole Shebang will be produced later this term.