Everyone was in Year 7 once. So we asked Mohammed, Abdulahi, Ty-Rhys, Joshua and Dylan (pictured) to look back on their first weeks of school. 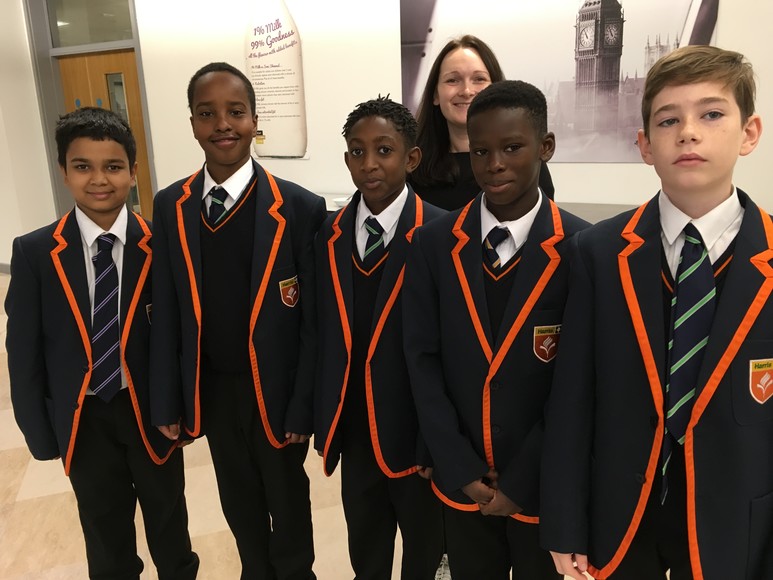 “I was a bit nervous about making friends but it’s been easier than I thought it would be,” says Abdulahi.

Joshua says: “When I first came I was sort of in between excited and nervous but making friends has been quite easy for me through sport, because I’ve met a lot of boys who like sport.”

Mohammed was a bit worried because two of his best friends from primary school didn’t come to Harris Boys’ Academy East Dulwich. But he’s made new friends he says. “I met this boy and we’ve helped each other. I’ve helped him and he’s helped me with things like finding classrooms.” 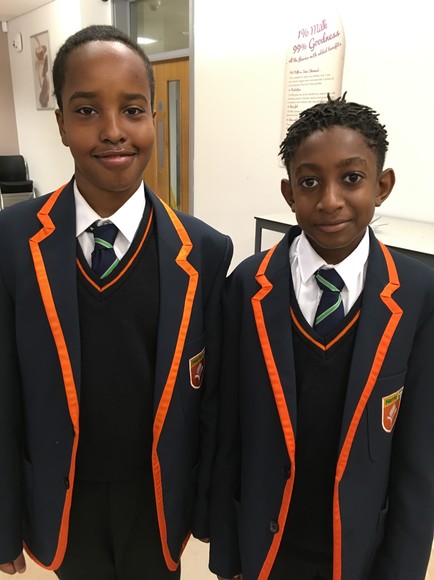 "My favourite lesson is Maths because it works my brain.” Ty-Rhys (right).

“The biggest difference to primary school is the work,” said Ty-Rhys. “It’s harder and makes your brain work. But actually my favourite lesson is Maths because it works my brain more.” Dylan's favourite lesson is science. “It’s really cool because you can go to science club and do experiments,” he says. “Yesterday we did a density tower and it was really good."

Wearing the uniform is different too. “It’s heavier for a start!” says Joshua, while Mohammed says he's making extra effort to look smart. “My cousin comes here and he told me if your shirt is not tucked in you get detention so I was checking my shirt all the time!” 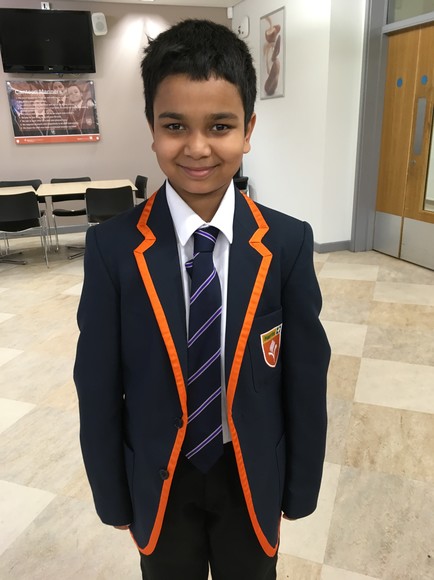 “My cousin comes here and he told me if your shirt is not tucked in you get detention so I was checking my shirt all the time!” Mohammed

Mohammed's favourite lesson is dance, “because the teacher is fun so we do work but we also have fun,” he says. Joshua agrees that school can be fun."You can have fun in lessons as well as work," he says. “You balance it out. You work and then you have the fun when the work is done.”

They all admit it took a little while to find their way around their new school. “It was a bit hard at first,” says Ty-Rhys. “I got lost twice trying to find my lesson but now it's easier. The hardest thing for me has been learning to tie my tie in the morning. My uncle had to show me how to do it.”

And they agree on one very important point: the school meals are good. “I like it on a Wednesday especially because we have roast,” says Abdulahi. Joshua prefers packed lunch. “If you bring your own dinner you don’t have to wait in line so it saves time,” he says.

So what did the boys say they were most looking forward to about the rest of Year 7? “The trips,” says Abdulahi. “Especially if there are any residential trips that mean we get to stay away.”