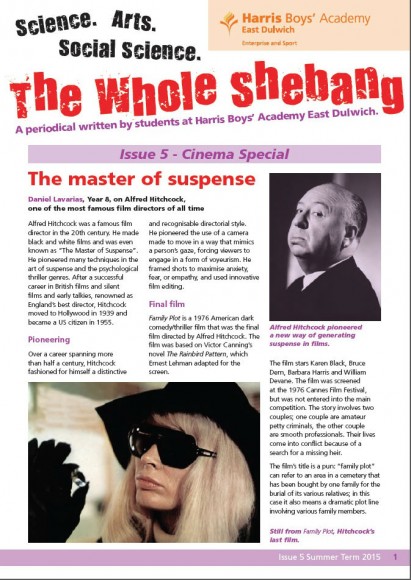 Issue 5 of our student periodical, The Whole Shebang, is a cinema special, with articles on Alfred Hitchcock, Disney stereotypes, how 3D cinema works, the universe of Marvel films and a review of The Theory of Everything.

The Whole Shebang, gives boys the chance to research and write in-depth articles in their own time about topics that really interest them.

Produced each half term, The Whole Shebang covers a single topic from many different perspectives including science, history, economics and art – hence the title.