Everyone looks forward to the summer holidays, but after a couple of weeks most of us start to get bored. So, we’ve set you some challenges to keep your brain ticking over, and win loads of Harris Points! 🏆Have a go at them here➡️ https://t.co/zfuU9DbsRM https://t.co/PZhVjL8f7l

A truly big THANK YOU to all our students, parents and staff for your support over the past few months. Have a great summer and see you all again in Sept!🙂. Signing off with our special #PerformingArts showcase video! https://t.co/PCIxDFFQLy

Messages from our HBAED Tree of Appreciation. #ThankfulThursday "I am thankful for my friends and family who cheer me up when things go wrong." "I am thankful that everyone has been kind and supported me while learning at home." https://t.co/eEip4K9Ct3

Messages from our HBAED Tree of Appreciation. #ThankfulThursday "I can spend more time with my dad. It's very fun. We have intelligent debates." "For having the confidence to talk about my feelings." "For my family since we are spending more time with them." https://t.co/EF6vs2JauD

This is our HBAED Tree of Appreciation. We asked students in Years 7-9 students to say what they were #thankful for as part of their #wellbeing lessons. We thought you'd like to see some of their messages. "I am grateful that my family has come closer together during lockdown." https://t.co/KjCzJNaG84

Ms George says: "I can read Margaret Atwood’s writing time and time again. One of the reasons I wanted to study Literature at A-Level is so I could explore The Handmaid’s Tale and I’m so glad I did! Her writing is absorbing and still (sadly) politically relevant #BooksThatMadeMe https://t.co/lD4IR8V5sw

Reading at Home is signing off for the summer. Our final week’s 'Reads of the Day' are below and over 70 are still available to read in the archive.

There are still plenty of creative competitions running over the summer. Click here for full details. Have a wonderful summer and keep reading! Your librarians look forward to seeing you all in September.

Wondering what to read over the summer? Download Ms Mead's top picks for horror, sci fi, World War II, humour, fantasy and more besides, in our new 'top picks' lists, downloadable from the bottom of this page. 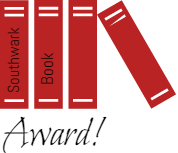 If you’re looking for a challenge over the summer holidays, take part in the Southwark Book Award 2020.

Students from HBAED Book Club and from schools across Southwark have been reading the six shortlisted books this year, but due to the COVID-19 school shutdown we have not yet completed our task. The vote for the winner will now take place in the Autumn Term when we are all back at school, so you have plenty of time to get involved. Click here to see all the shortlisted books. You can also leave your own reviews, read what other students think and look at all the past shortlists and winners. 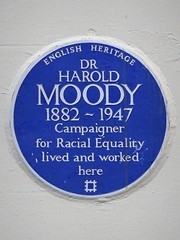 Have you seen this plaque at 164 Queens Road, Peckham? Make it your mission to discover the hidden histories around you.

Harold Moody is the perfect place to start. Born in Jamaica he came to Britain in 1904 to study medicine. Despite finishing top of his class he suffered outright rejection by the medical establishment due to the colour of his skin and set up his own general practice in Peckham, treating poor children for free (there was no NHS then).

He went on to become a tireless campaigner for the rights of black Britons and founded the League of Coloured People, an organisation dedicated to global racial equality. A park is named after him between Consort Road and Sturdy Road and there is a statue of him at Peckham Library. Read more about his inspirational and important life here.

Tomorrow, 18 July is Nelson Mandela Day. See below for a range of links to help you understand why Nelson Mandela is so celebrated worldwide (in South Africa, his home country, celebrations last for the whole month of July!).  Click here and scroll down to read the Ten Goals for Mandela Day.

Taking action to show what you believe in is key. Click here for lots of suggestions of things you can do everyday to help make the world a better place and help others.

Scholastic Publishers have launched a new series of books called Voices, which brings to life BAME figures from British history, whose stories are rarely told. Bali Rai has written a Dunkirk story, Now or Never and Patrice Lawrence has written a Tudor one called Diver’s Daughter. In Now or Never, a young soldier, Private Fazal Khan, journeys from his home in India to the battlefields of the Second World War, but ends up questioning his loyalty to a king whose people don’t all see him as their equal. Diver’s Daughter brings Eve and her mother, who was stolen from her family in Mozambique as a child, from the Southwark slums of Elizabethan London to England’s southern coast, where their paths cross with an African free diver working on the wreck of the Mary Rose. There is also a Roman and a Victorian story in the series and Benjamin Zephaniah will be adding his Windrush Child to it in October.

Click here to read Bali and Patrice’s discussion about the importance of rediscovering hidden histories and how they wrote these books.

2019 – 2028 has been declared the Mandela Decade of Peace. Read more about how this links with Nelson Mandela’s life and achievements here.

You can also sign up to listen to the UN Secretary General’s lecture Tackling Inequality to be given on 18 July Mandela Day, and listen to a radio programme from 2010 broadcast on the first ever Mandela Day. Find out more.

Read of the Day - Silent Striker by Pete Kalu

Pete Kalu writes about race and disability in his books and is determined to destroy the harmful stereotypes that often surround black, male youth. In The Silent Striker, Marcus lives and breathes football; he might even have the makings of a professional player. In amongst the turmoil of school, girlfriend, home life, he finds himself going deaf. Racism rears its head on the football pitch and stigma follows him as he tries out hearing aids. This is a powerful and moving story about overcoming.

Read Pete Kalu’s thoughts on the problems of stereotypes and speaking of behalf of different groups here.

“With The Silent Striker, I tried to tell a story. I did not aspire to represent the whole of the deaf or black experience. Just me. One voice. With the hope that others add their voices to this by writing their books and that cumulatively, collectively, we not only reflect but stimulate progressive change.”

Read of the Day - Eight Pieces of Silva, by Patrice Lawrence 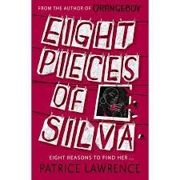 Patrice Lawrence tackles issues of race and diversity head on in all of her books. The latest one, Eight Pieces of Silva, an addictive mystery and story of loss and self-discovery, is published in August. She still remembers the day when she turned on the TV adaptation of Malorie Blackman’s Pig Heart Boy and saw a believable black family portrayed on the screen. That was the day she found her voice as a writer.

Click here for a fascinating interview with Patrice talking about several of her other books, Orangeboy, Indigo Donut and Diver’s Daughter, which is based around the story of the Tudor Jack Francis, the first recorded man of African descent to give evidence in an English court. She also gives lots more recommendations of great diverse authors to be reading now. Find out more about over 100 writers and illustrators of colour here.

Continuing our build up to Nelson Mandela Day on 18 July, read here how Nelson Mandela fought especially for the rights of children and was awarded the World’s Children’s Prize in 2005.

Read of the Day - Muhammad Khan 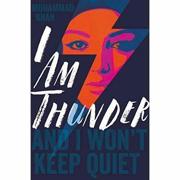 One of Ms Mead's lockdown reading discoveries has been Muhammad Khan, author of I Am Thunder and Kick The Moon. His thirst to be a writer grew from his early days as a small boy in Balham Library unable to find any characters that looked like him in the books there. The closest he came was Paddington Bear – because at least he was brown.

Muhammad is now a teacher in South London and makes sure that he reflects the diversity of his students in his books. He says: “today’s young people are the heroes who will spread empathy as long as they see themselves represented”. Click here to read more.

Many London borough libraries are also a member of the London Libraries Consortium. If you are a member of one of these libraries you can access the e-catalogues of all of the others, giving you even more to choose from. Click here for a list of participating boroughs.

Other sources of books

Wondering what to read?